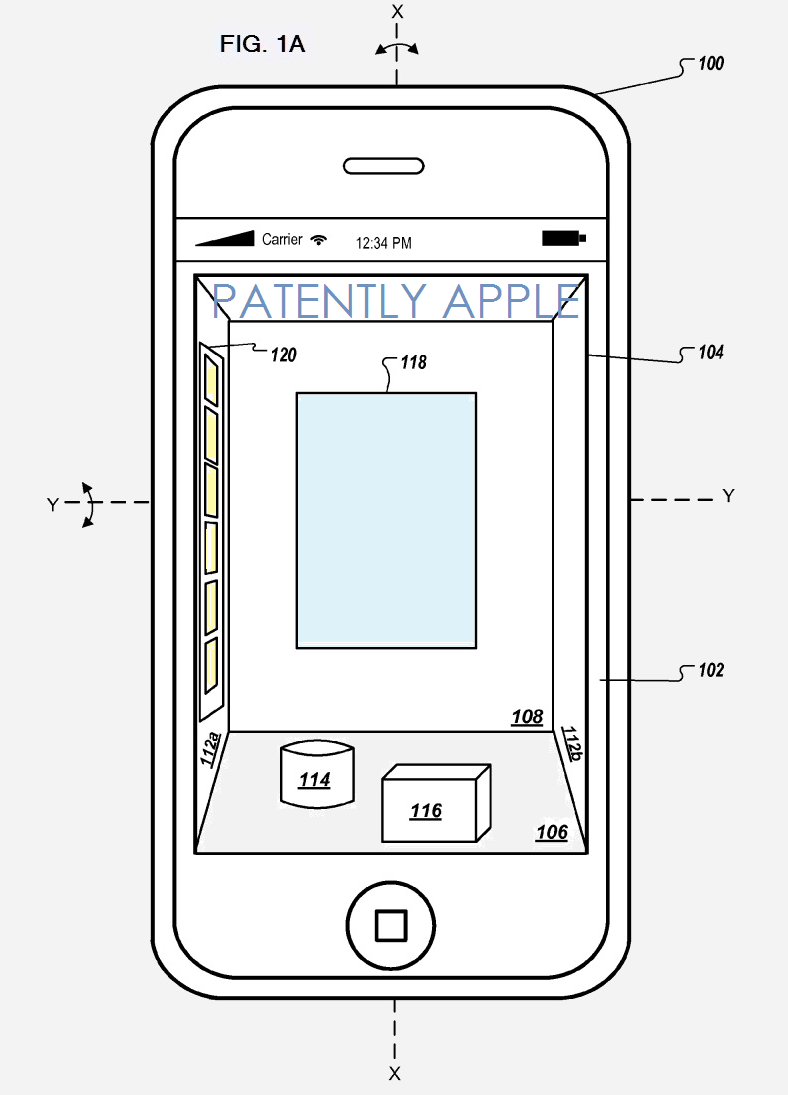 Yesterday, the US Patent and Trademark Office published a couple of newly granted patents to Apple, and among them we also have one invention that reveals a method of interaction with a 3D interface through the integrated sensors. This 3D environment will be simulated on future iPhone and iPad devices. 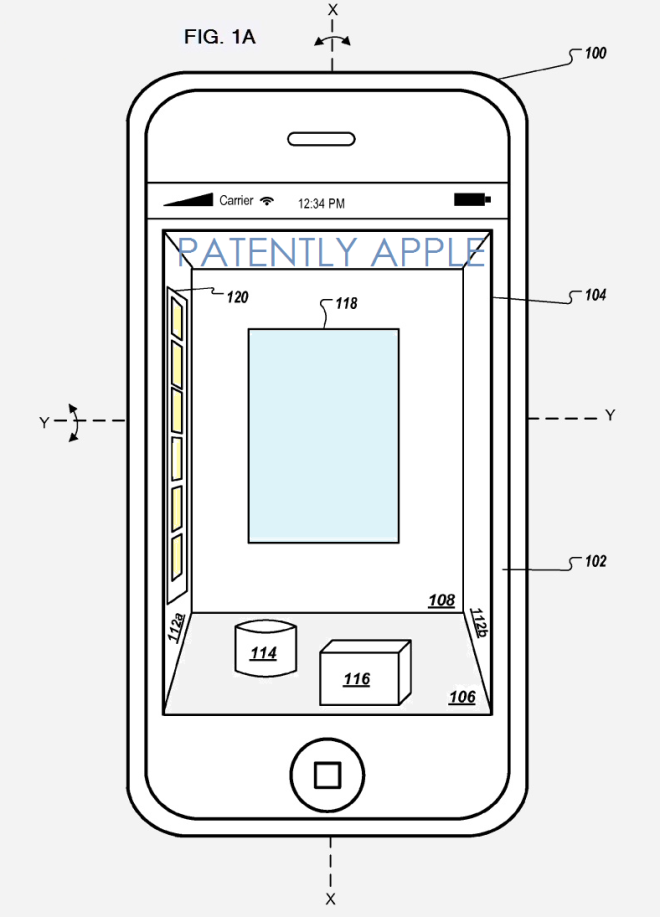 We get to know that this invention uses orientation data from onboard sensors in order to determine and display a perspective projection of the 3D environment. By showing such an interface, the users don’t need to interact with the display with touch gestures.

Also, according to the latest rumors, it seems that right now Apple is working on a 3D panel, thing that again unveils the desire to launch a 3D interface. Even if these patents are showing pretty interesting applications, their actual launch is a lot harder compared to a simple sketch drawing.