The big day of the iPhone 4S sales in stores finally came and huge queues were formed just like it happens every year. People are rushing to buy the product because it was the last one created during Steve Jobs’ lifetime, so its purchase is some sort of tribute to the former Apple CEO. 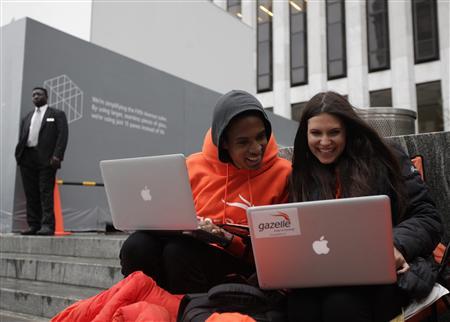 People are even saying that the “S” from the iPhone 4S name comes from Steve, so the passion is even greater than last year. People are already crazy about Siri, the personal assistant that won’t make its way to other iPhone models, since it requires the A5 CPU on the new handset. Announced by Tim Cook and co a week a half ago, the iPhone 4S was initially seen as a disappointment by specialists and analysts.

Now, in spite of the Apple stock dropping a bit after the announcement, everything seems just fine, since 1 million plus orders have been placed prior to this store launch. Apple fans turned up in Sydney and they’ll most likely wait in line in France, Germany, Japan, UK and North America as well. We’re expecting now shortages of the device. The first part of the world where the product took off was Australia, with 13 stores open to premiere the dual core smartphone.

Strangely enough, the majority of 4S buyers from Sydney are already Apple customers, who have bought the original iPhone. And now let’s how many millions of units are sold this weekend…