Ever since the HTC Ocean concept we figured out that getting rid of buttons on smartphones was the next big thing that tech companies would come up with. Apple is of course in the mix, as they’re prepping what appears to be a buttonless system for future iPhones. And there’s a patent for that.

Filed with the USPTO and published by them, the patent refers to “Quantum Tunneling”, a deformable touch sensitive material used for both iPhone cases and iPhone accessories. In the future we could see a smart iPhone case with smart touch areas ripe for input. Using those areas would totally eliminate the need for buttons, knobs, switches and what have you. 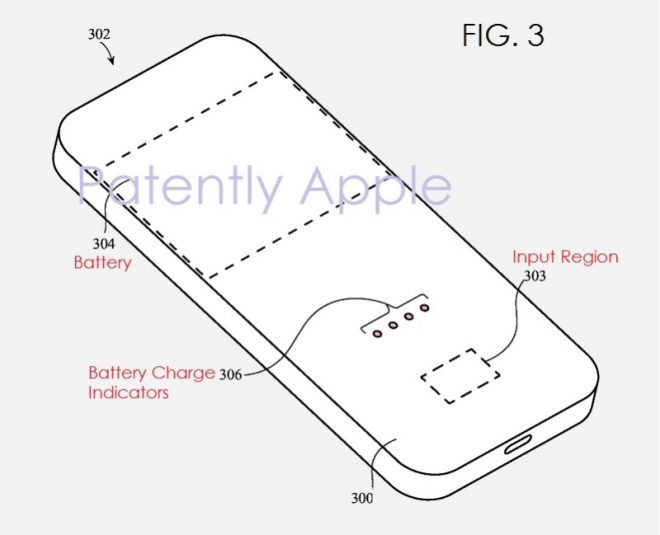 The Apple Watch band is also in line to get this treatment. The back surface of a smart case would highlight a special region made from a quantum tunneling material, that has a sensing circuit configured to detect a change in electrical property of the material as a response to its deformation via user touch. The material is connected to a processing unit that turns the signal into input. 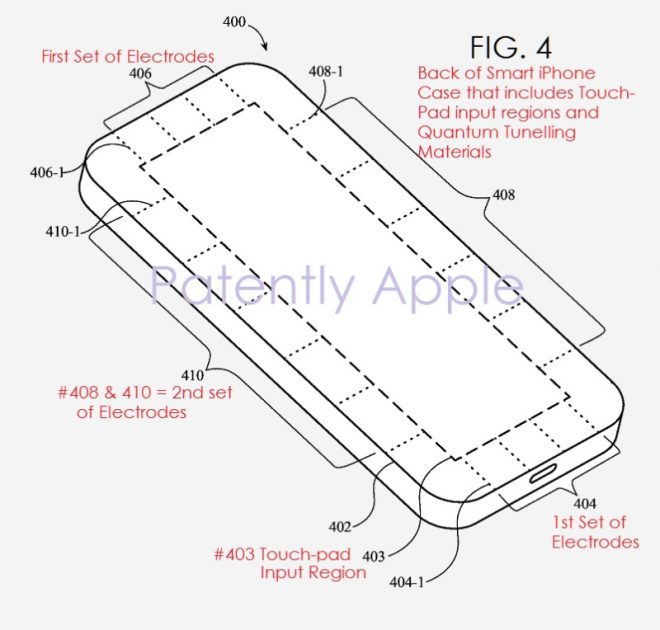 Quantum tunneling means that a piece of material should let electric current pass through it, even though it’s a typically non conductive substance, like silicone. This is done by including some particles of a metal within that material, to let the flow happen. The electric resistance of such a material would change as it deforms. Exciting things in the works at Apple, people!

I think we can kiss buttons goodbye. 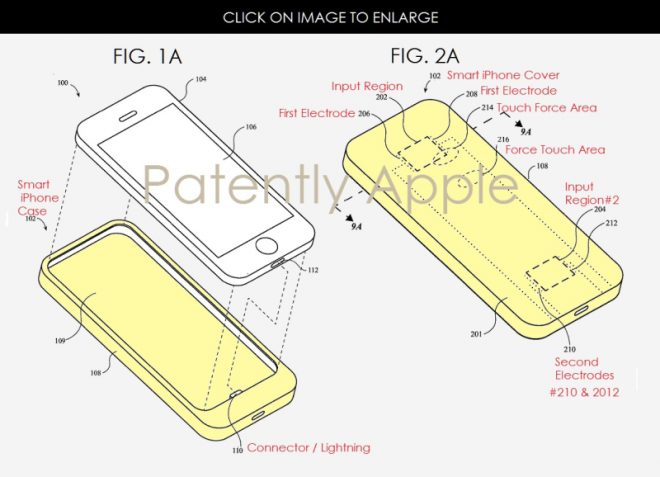 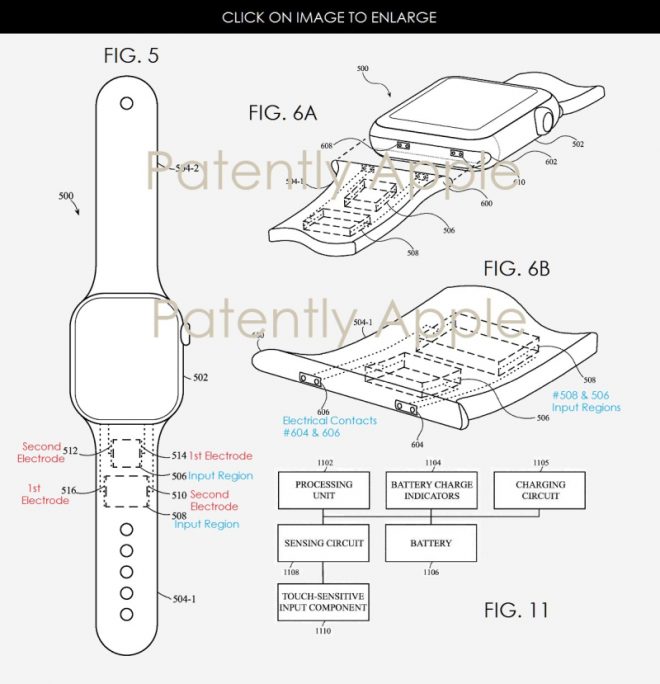