Apple has been recently granted a patent for a method of projecting a 3D image that can be perceived by the user without requiring glasses. It’s all done by projecting a pixel onto a reflective and textured surface, after which it’ll bounce into the viewer’s left and right eye. 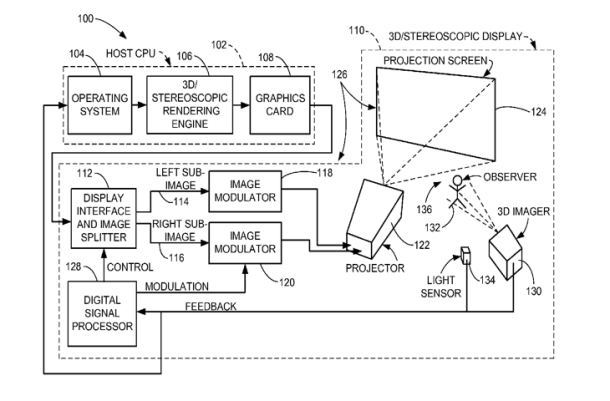 By doing this, a 3D or stereoscopic effect is created and the system developed by Apple is able to sense the location of both eyes of each viewer. So, this allows multiple people to watch the content from a variety of angles. The advantage of the technology is that it creates inexpensive tridimensional screens that don’t require glasses and also don’t need a limited viewing angle.

This patent doesn’t necessarily mean that Apple is developing a 3D display phone or 3D iMac, or even Macbook, just that Steve Jobs likes to keep patents for later on, just in case.