Just around two weeks after launching iPhone OS 4.0, in its beta version, Apple released the beta 2 of its next-gen platform. Apparently, the units running iPhone OS 4.0 beta 1 are quite buggy at this point and crashing often, so it’s time for some fixes and updates. 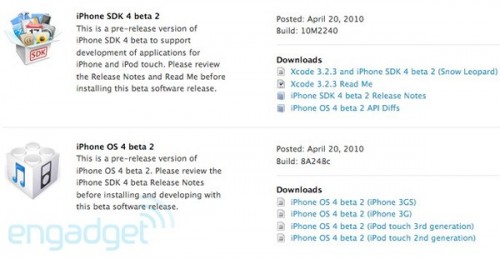 We remind you that the handsets will most likely get this software this summer, in its final version, while the iPad will get it in Fall.