Apple has finally started selling the iPhone 5S and 5C online in the US, a week after offering preorders for the iPhone 5C. Physical Apple stores in the States will start offering the handsets from 8:00 am local time today, September 20. 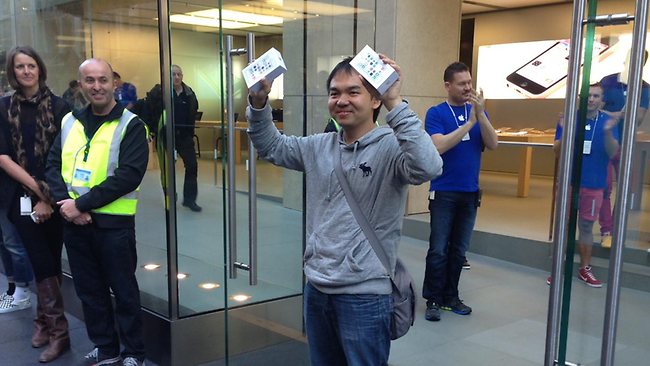 Queues are already forming up all over the world, with the folks in Japan already lined up for about a week and even facing a typhoon. The first iPhone 5S reviews are in and generally they are positive, with experts praising the speed of the device, especially the camera and natural color tones of the pictures. Sadly, the battery got a lot of criticism. We’ll see…

First sold iPhone 5S in the world in the picture above. Details here!