A week from now we’ll probably be frantically searching for secret hands on experiences with the Apple Tablet, or we’ll be watching Steve Jobs on stage, introducing the new product. Call it iPad, call it iSlate, but one thing’s for sure: the device is supposedly leaked in the image below: 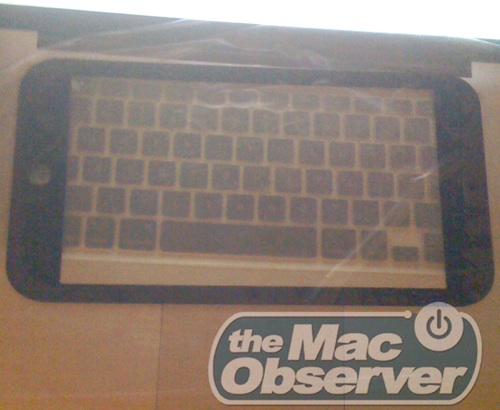 We don’t exclude the possibility of a fake, but the image looks pretty genuine. What you can see in the photo is the Apple Tablet’s 10 inch screen, next to a MacBook. Fake or real? Have your say!