Home Apple Apple Watch Demand Higher Than the One of the First iPhone After... 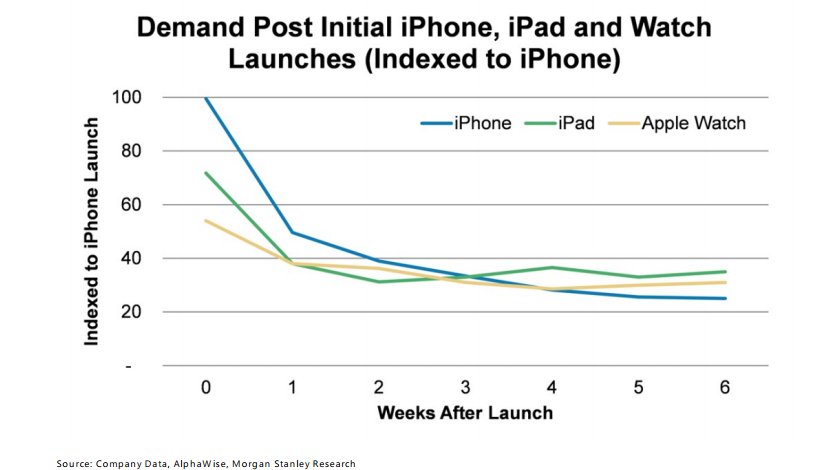 The Apple Watch debuted in April officially and in spite of two months having passed, people are still drawn to it. This apparently surprised experts, since not even the original iPhone showed so much promise. 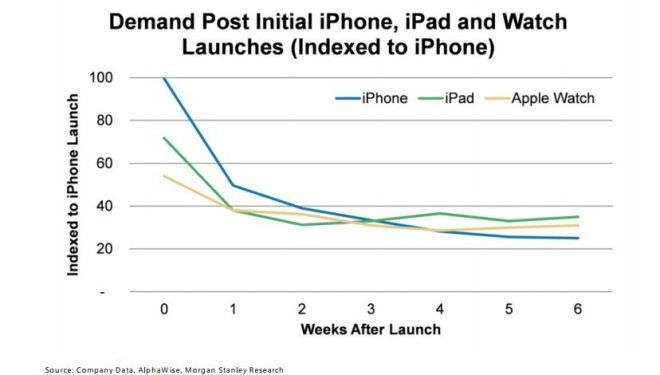 Research from Morgan Stanley confirmed the appeal, tracking demand for the Apple Watch through its AlphaWise survey. It also showed that interest in the Apple Watch five to six weeks following its debut was about 20% higher than it was for the iPhone back in the middle of 2007. The core point of the study is that the interest in the smartwatch is declining much slower than the one of the first Apple phone.

The chart above explains everything pretty clearly. A common aspect these two products have in common is that both the first iPhone and Apple Watch were available in limited quantities at debut. Interestingly, the Morgan Stanley note comes a little time after the Pacific Crest issued a note saying that the interest in the Apple Watch is pretty low.

They compiled data from Google Trends and showed that as of June 2015 more people are searching for the iPod on Google than the Apple Watch. Which one should we believe?