During the last year, Apple managed to maintain its superiority in the tablet and smartphone field, in spite of losing its charismatic CEO, Steve Jobs. Not only that, but they also amassed a huge fortune in the process, that lead them to become the world’s most valuable company and the world’s top brand, according to a recent study. 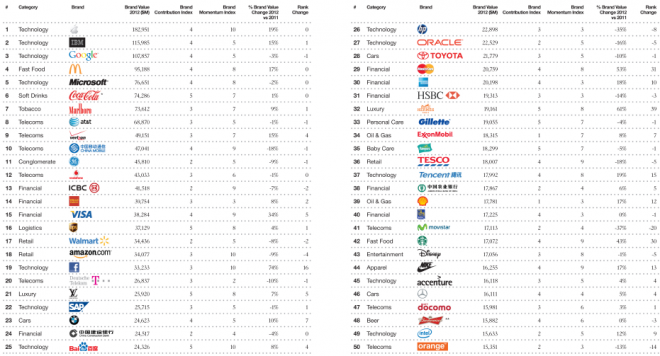 The annual BrandZ study conducted by my market research agency Millward Brown, is based on the market capitalization of a company, the price of a company’s stock multiplied by the numbers of shares outstanding and the loyalty that the brand inspires. Apple increased its market value by 19% during the last year and reached a total of $183 billion, while the loyalty doesn’t even need to be described, since we all know how fanatic Apple lovers can be. Meanwhile, Facebook is placed 19th in my survey reviews and reached a market cap of $33.2% with a 74% growth in the last year.

The top brands also included IBM in second place, Google on third and MacDonald’s on a surprising fourth, followed by Microsoft and Coca Cola. Marlboro made it to seventh place, in spite of anti smoking campaigns. Nick Cooper, managing director of Millward Brown Optimor says that in order to catch up with Apple, they should have some kind of hurdle to go through and the company that gets them should go on a sprint.