Over the past week we’ve been hearing a lot of fuss over Steve Jobs’ open statement regarding Adobe Flash and the company’s closed down technologies. You can check out his full statement over here, but the main idea is that Jobs (and Apple) consider that Flash has many alternatives, that are actually better. 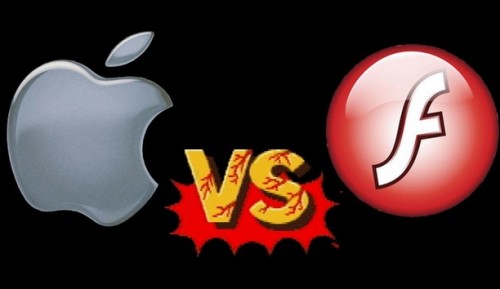 It all starts with Steve reminding us all that Adobe and Apple have long time been partners, with the Cupertino giant being Adobe’s first major customer. Also, the iPhone maker owned around 20% of the Flash technology creator at some point. And then we have the whole Flash issue… You might be aware that important products like the iPhone and iPad don’t support Adobe Flash.

Steve Jobs argues that this decision was made because Adobe’s Flash products are 100% proprietary, closed down and controlled entirely by Adobe. It’s ironic to hear Apple’s main man talking about “closed down systems”, considering the similar feats of Mac OS, iPhone OS and iTunes. Jobs recommends HTML5, CSS and JavaScript as alternatives, specially because they’ve got less security issues and lower battery consumption.

The H.264 format is also promoted by the Apple guru, as opposed to Flash videos, but in the end, the choice will belong to the consumer… not the big officials running companies.