Texas Instruments has just let the cat out of the bag via a press release, the indicates the use of the OMAP3 processor on a brand new Archos device, an Internet Media Tablet that runs Android and has phone features. The image below is probably just a mockup, but the spec sheet of the tablet is real and available after the break. 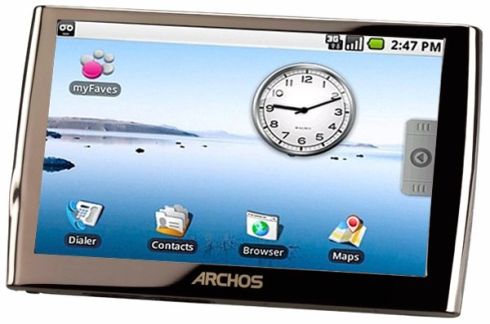 The tablet/phone packs a 5 inch touchscreen, 500 GB of internal memory, a battery that will last about 7 hours (video playback), Flash support, all of that in a 10 mm thick shell. The feature list also includes HD video playback, the Android OS, mobile TV and 3.5G support.

Weren’t HP or Asus getting ready to release something similar?