Ready for another Nokia update? This time it’s the Nokia 5800 XpressMusic handset we’re talking about and it turns out that an editor from nokiaexperts.com only managed to get the update via PC/Nokia Software Updater, as the new firmware was nowhere to be found in the classic over the air way. 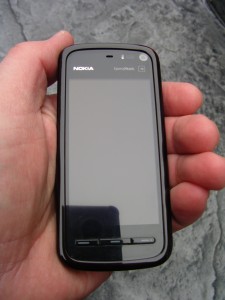 Firmware 20.0.012 takes 133 MB of memory and allows the user to preserve his apps and services. Among the improvements it brings are the classic bug fixes, geotagging info now available in Camera, “Search” on the standby screen now also allows Internet searches and cosmetic effects were added to Gallery.

The latter menu seems to operate smoothly, mostly because the overall performance was enhanced by the update and there’s even a new app on board, a Dictionary, with support for multiple languages. An app update application was also added, being used to update individual Nokia applications, without the need of firmware updates.