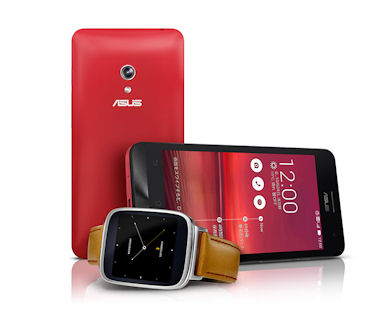 Through a new report unveiled today by Digitimes we get to know that Asus expects that until the end of this year to ship around 8 million ZenFone smartphones, and that in 2015, this amount to be 2 times higher (16-20 million units).

Also, the company expects that in 2015, its shipments of the ZenWatch smartwatch to increase up to 300.000 – 500.000 monthly, while at the moment are sold only 50.000 units per month, information revelead by some familiar sources with Asus’s business targets. As you may know, both ZenFone and ZenWatch devices are produced by Pegatron Technology.

From the recent rumors, Asus will unveil its new range of ZenFone smartphones next year in January at the CES 2015 trade show that will take place in Las Vegas.