Home Technology Kodak Will Launch Its First Smartphone During CES 2015 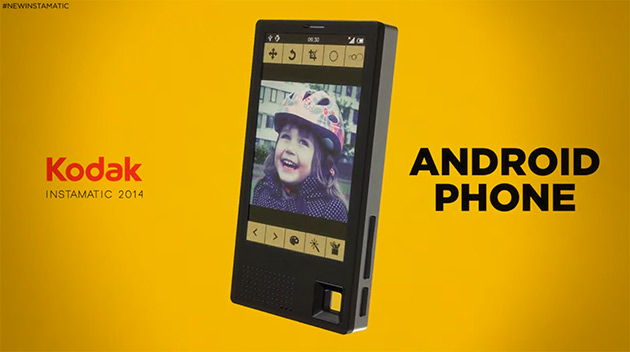 After a while ago when Panasonic announced its Lumix CM1 smartphone, device that brings a digital camera photo sensor, it seems that today through a press release we get to know some details about Kodak’s plans to release a smartphone under its branding.

However, this phone isn’t going to be developed by Kodak, but by the english company Bullit that at the moment is the one that manufactures CAT rugged phones. Even if for the moment, the specs and the look of this first Kodak phone are unknown, we could expect at a smartphone with a great camera sensor.

It remains to see how this first Kodak phone will look like and if its specs will going to impress us in a good way or not. As the press release suggest, after this launch, Kodak will also introduce on the market lately in 2015, a 4G-enabled phone and a tablet device.