Before MWC 2013 kicked in, ASUS was rumored to be launching a smartphone or two, but in the end we got the ASUS PadFone Infinity, that’s both a smartphone and a tablet. Now, there are fresh rumors regarding those smartphones, this time also related to Intel. 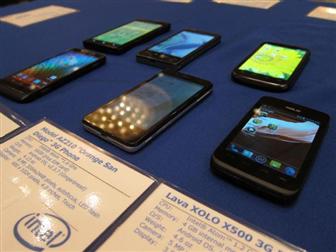 Asustek Computer is preparing to launch a new smartphone featuring the Intel Atom Z2580 processor aka Clover Trail+. They’re targeting the mainstream market segment with the product and they intend to debut the device in June at the earliest, according to sources from the upstream supply chain. The phone will adopt a 5 to 5.5 inch display, similar to the one of Lenovo’s K900 powerhouse, that was also demoed at MWC 2013. This model will be available in China in April, according to the same sources.

In other news, also from ASUS a new Nexus 7 is expected around May with improved specifications and a price tag of $249, that will challenge its 7 and 8 inch rivals to a battle. Will you be picking up this phone, especially with a PadFone Infinity-like design?