The ASUS ROG Phone 2 was unveiled today, but I actually saw it a few days ago. While we were inside getting the details about the gaming machine, the ASUS officials were preparing a nifty panel on the corridors of the launch venue. It was a detailed teardown and making of for the device. Also I got to talk to Brian Tang, Senior Product Director for ROG Phone. What came out of that you can learn below. We also have a hands on review here.

I learned that sacrifices had to be made, like waterproofing, which may be on the table for ROG Phone 3. The company started off with a bunch of prototypes, which you can see in the video. Some of them even have 7000 mAh batteries and 6.75 inch screens. There was even a 10.000 mAh battery version to start off. ASUS also took into account a ceramic finish version and a gradient one, plus a variety of ways to integrate the metal pieces on the glass back cover. From what I understood, the ceramic one may still happen. 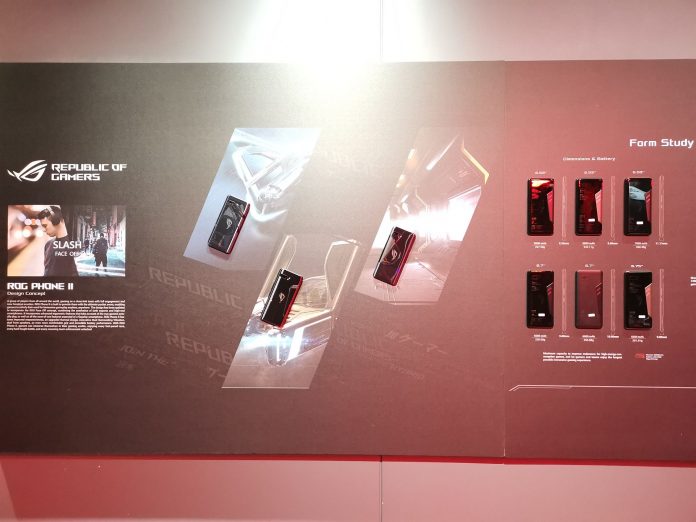 Wireless charging is off the table and the dual camera was taken as is from the ZenFone 6, with zero extra engineering and add ons, sans rotating parts of course. Ultra fast charge is also off the table, as the engineers had to choose between a larger battery that charges slower and a smaller one that would charge fast. 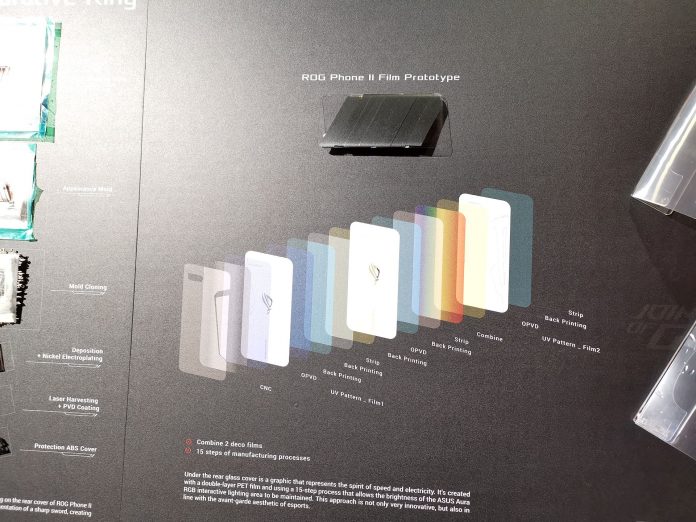 The lighting AURA logo integration also had several versions and the back side was proposed with a gratting pattern, ceramics coating or dark chrome. We also saw the middle frame production process and the brand new AirTriggers II, the ultrasonic touch sensors on the side, that had their indentation depth tweaked, as well as the pattern, texture and color, with a variety of choices and attempts.

The dual vibration motors were envisioned on an Z and Z axis, in order to provide a “surround” feel when gaming. You can also spot the multi antenna design, that will always let you have max WiFi and 4G signal, even when gripping the core metal parts of the phone. The cooling actually feels like too much. There are so many cooling solutions that the ROG Phone 2 feels crazy. 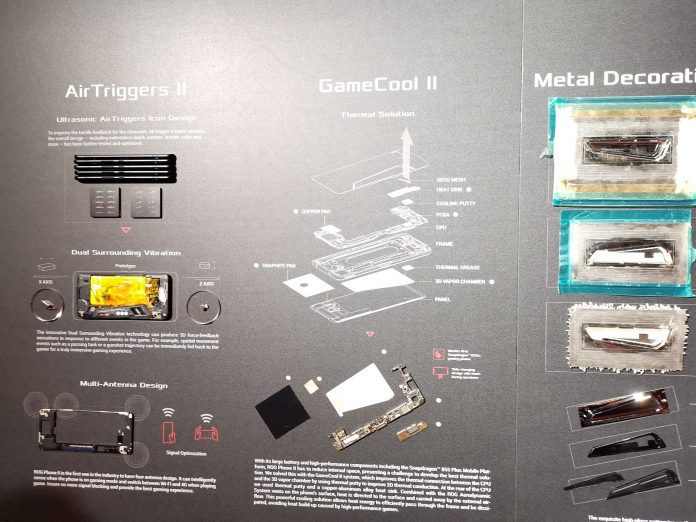 On the one hand there’s a heat sink, cooling putty, thermal grease, 3D vapor chamber and the graphite pad, plus the holes cut in the back for the heat dissipation. Then there’s the AeroActive Cooler you can attach, now more silent and efficient. We also saw a teardown at the level of the new Snapdragon 855+ CPU and the molding, laser engraving and electroforming of the decorative metal piece at the back. 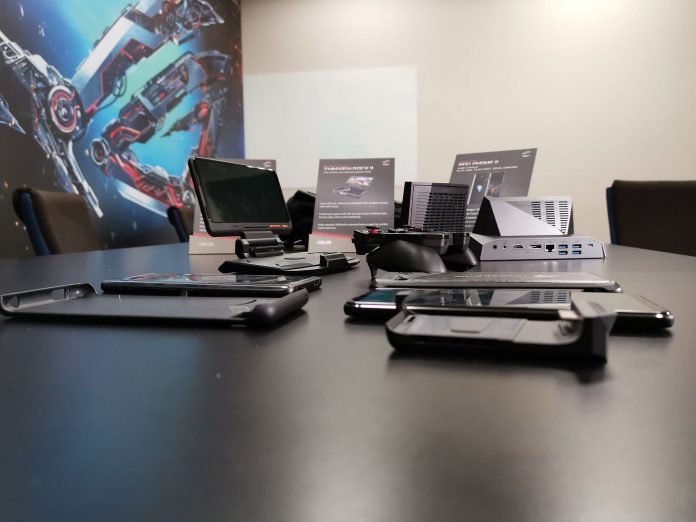 Even the protective film went through a few processes of R&D, testing and prototype. The teardown shows the rather simple innards of the TwinView Dock II, with a 5000 mAh battery and a second 6.59 inch 120 HZ screen. The cooler is highly visible, as is the battery. Multiple iterations of the accessories were tried,even some with “horns”, that are easier to grip. Even Active Cooler had a few color versions and formats. The icing on the cake is the set of design sketches and drawings that started off the project, shown at the end of the video.

I imagined there was a lot of work put into this device, but seeing all of these surpassed my expectations.