We’ve played with quite a few Samsung Galaxy A phones over the past few weeks and now here’s one more. This time it’s the most affordable One UI phone I’ve used till now, the Samsung Galaxy A20e. It comes after we unboxed the Galaxy A80, A70 and A40 and it actually feels like the A40, since it has a similar footprint. It’s a dual camera machine with a colorful body and compact design.

Priced at $150, this handset comes with the usual accessories: charger, USB Type-C cable, manual, warranty, SIM key and headphones (the regular plastic kind, like the Galaxy A40 and A50 ones). The body is covered in colorful plastic, or 3D Glasstic as Samsung calls it. The grip is pretty OK and the device snuggles in the hand quite well. 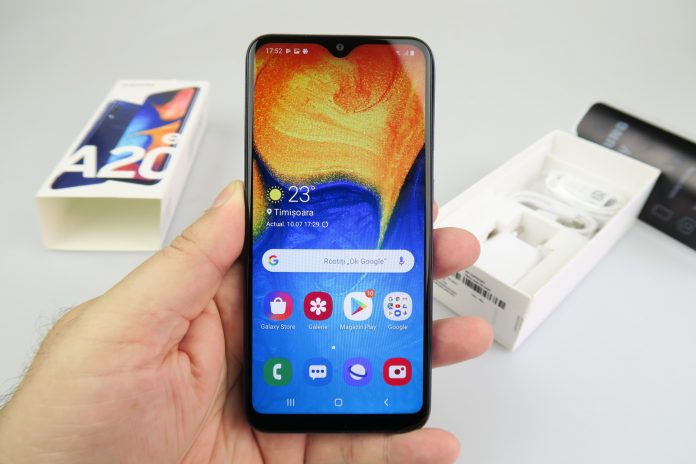 It measures 8.4 mm in thickness and weighs 141 grams, plus it’s available in black, white, blue and coral. We have the blue version, even though I already fell in love with the Coral one after seeing this hue on the Galaxy A40. The screen gives up on the AMOLED at this price point, replacing it with a PLS TFT LCD 5.8 inch panel, with a 1560 x 720 pixel resolution and a 19.5:9 aspect ratio. 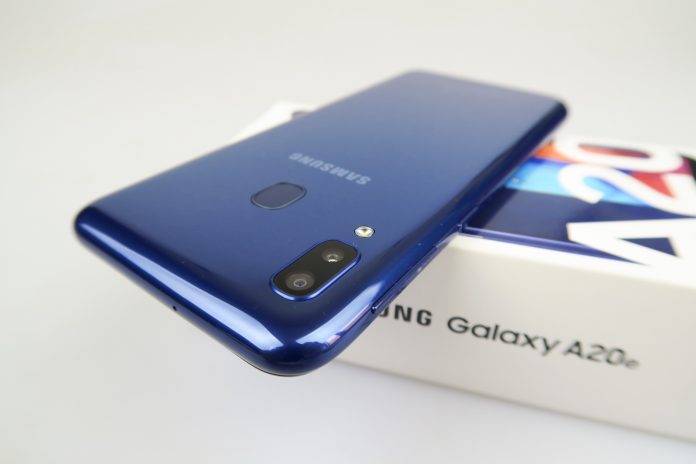 Inside we find an Exynos 7884 octa core CPU, also found on the Galaxy A10 or Galaxy A20. There’s also 3 GB of RAM 32 GB of storage, a microSD card slot and a 3000 mAh battery, which judging by the other Galaxy A model performances, should be stellar. The fingerprint scanner is integrated in the screen and at the back we find two cameras: the top 5 MP ultra wide one and the main 13 MP F/1.9 one, with LED flash.

There’s also a front 8 MP selfie shooter and everything is completed with Android Pie and One UI. Obviously, dual SIM card slots, 4G+ and GPS are here, plus Bluetooth, WiFi dual band and NFC. The audio jack is alive and well. Basically, you’re getting a lower end Galaxy A40 here, with the same footprint and a screen panel switch. We’ll be back with a full review and you can get the device here.