We’ve been on a streak of unboxing Samsung Galaxy A devices recently, following the A50, A80 and A70. Now we have the Samsung Galaxy A40, basically a smaller A50 with a dual camera and we unboxed it below. Priced at around $250, this device is 85% the Galxy A50, at a lower price and with a few cuts.

It uses a 3D Glasstic material for the back side, basically plastic that’s made to look and feel like glass, plus a plastic frame. We have the Coral colored version, but there’s also a black one, white one and blue one. By the way the frame has a different hue, closer to copper or a darker shade of orange. Inside the device’s box we find the USB Type-C cable, charger, headphones, manual, SIM key. The headphones are cheaper and more basic than those provided with the Galaxy A50 or A70. 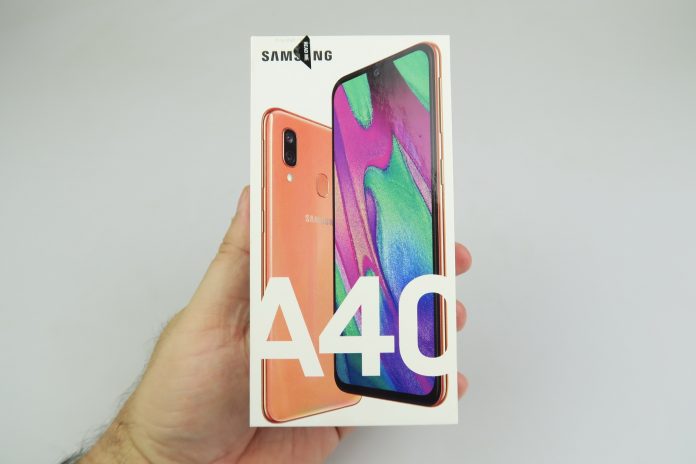 Measuring 7.9 mm in thickness and weighing just 140 grams, this phone kind of channeled the Galaxy S10e for me. They have a similar footprint, in spite of this one having a 0.1 inch bigger screen. It sits perfectly in the hand, doesn’t slip and it’s very easy to spin around, wield and use. The screen stays a Super AMOLED even at this price, with a 2340 x 1080 pixel resolution. 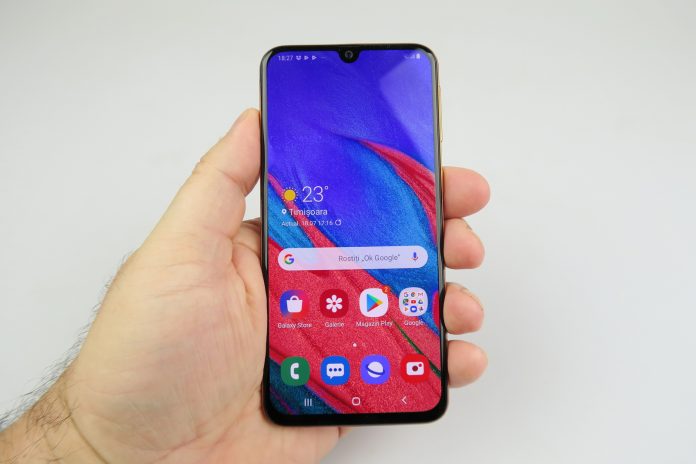 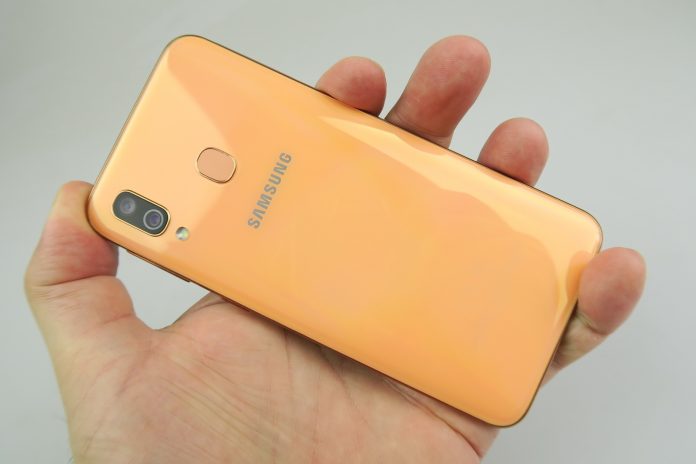 We also have an LED flash and the camera UI offers typical options, like Live Focus, Panorama and a Pro mode, plus AR Emoji. This is a dual SIM machine, that keeps the two nano SIM slots separated from the microSD one. Samsung Galaxy A40 runs on Android Pie with One UI on top and also has all the connectivity checked out: 4G LTE, USB Type-C, WiFi dual band, Bluetooth 5.0 and GPS, as well as ANT+ and NFC.

The fingerprint scanner is now at the back, no longer in the screen like the A50 and A70 had. The good news is that we also get an audio jack here. I feel that this compact phone may be a sleeper hit and in the long run it may actually be more appealing than the A50…