We’ve barely finished the review of the Huawei P20 Pro and here comes another notched phone, this time a midranger: ASUS ZenFone 5 ZE620KL. The device was unveiled at MWC 2018, as part of the ZenFone 5 triplet and we did an unboxing of it below. It’s priced at $449 on Amazon.

We have a test version of the device, sans headphones and case, but the final, official one will have both. In some parts of the world they even bundle an external ASUS battery. Our test unit box featured inside a charger, USB Type-C cable, manual and SIM key. The device itself is lighter than expected for a 6.2 incher. It’s made of glass and metal, with a glass panel at the back and one at the front, plus a metal frame. 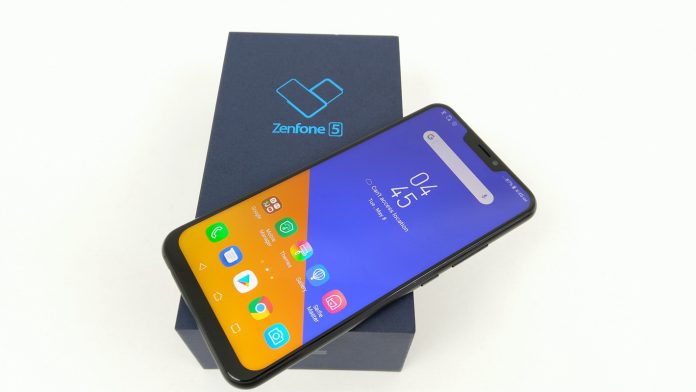 It’s not slippery and looks exactly like the ZenFone 4 from the back and like the Huawei P20 Lite from the front. Its notch is less wide than the iPhone X one, but wider than Huawei P20 Pro one. As far as I can see there’s no option to hide it, but I’m going to explore the settings and get back to you on that. Available in Meteor Silver and Midnight Blue, the handset offers a crazy 90% screen to body ratio, but that’s only on paper. In reality it’s more like 83%. 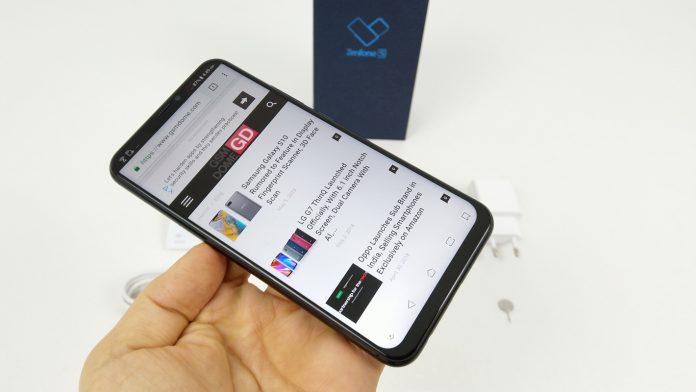 Also, the aspect is said to be 19:9 for this device (on paper), while in reality it’s actually 18.5:9 or 18.7:9. The core of the product is the set of AI features it comes with. I’m talking about AI Camera, AI Ringtone, AI Battery and AI Display, as well as AI Boost. The latter gives you an extra kick when playing games. The handset measures 7.7 mm in thickness, weighs 165 grams and packs a 6.2 inch Super IPS+ display, with a 2246 x 1080 pixel resolution. 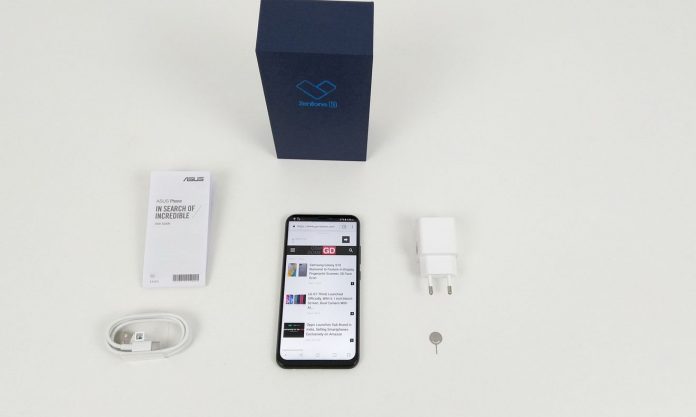 It’s got Gorilla Glass protection, a Snapdragon 636 CPU and 4 or 6 GB of RAM, as well as 64 GB of storage and microSD. There’s also a 3300 mAh battery here, an 8 MP selfie camera and a dual back shooter with 12 MP and 8 MP sensors. Stereo speakers, a fingerprint scanner and face unlock are part of the package. On the software front we are treated to Oreo and Zen UI 5..

The dual back camera does OIS, 4K video capture, EIS and has a LED flash, plus the secondary 8 MP cam arrives with 120 degree wide angle lens. Those AI features sure sound nice, so we’ll look into them and be back with a full review. In the meantime you can get the phone here.