We’ve played with a few Nokias over the past year, going from flagships like the Nokia 8 to midrangers like Nokia 6 and the Nokia 3 in the lower end spectrum. Now we had our first contact with the Nokia 1, which is the most affordable Android Oreo Phone on the market, based on Android Go actually. It’s priced at a mere $85 and we unbox it below.

The handset was unveiled at MWC 2018, together with 4 other phones, but this was clearly the most affordable of them. It comes inside the smallest box I’ve seen lately, very narrow, but packed with accessories. Fret not, as they’re the usual ones, like the headphones, charger, microUSB cable and manual. There’s no SIM key here, as you can remove the back cover to access the slots and remove the battery. 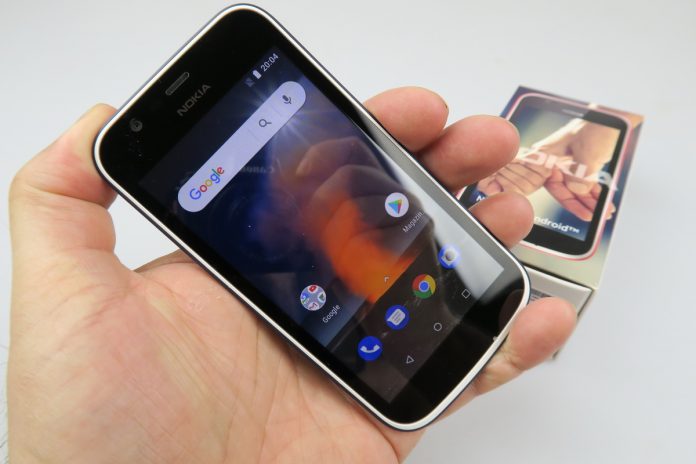 By the way, with the Nokia 1 HMD Global brought back the Xpress-On covers, which are colorful and customized, offering a large degree of customization. The handset has a polycarbonate case and measures 9.5 mm in thickness, plus weighs 131 grams. It packs a 4.5 inch display with an IPS LCD panel and a 480 x 854 pixel resolution. Inside the device we find a quad core CPU, a MediaTek MT6737M CPU, clocked at 1.1 GHz, 1 GB of RAM and 8 GB of storage. 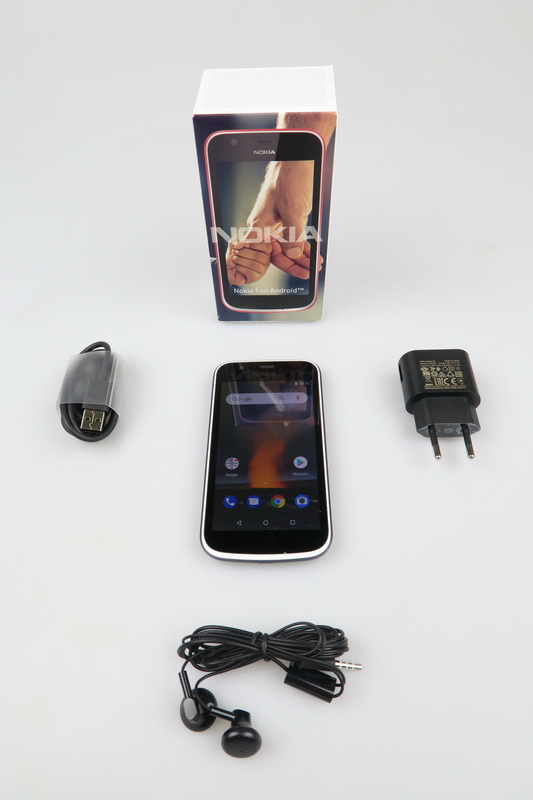 There’s also a microSD card slot, a 2150 mAh battery and a main 5 MP shooter, plus 2 MP front cam. The phone has drip protection, comes with 4G LTE and WiFi, Bluetooth and FM radio. It’s got dual nano SIM card slots, Android 8.1 Oreo Go Edition and gets light version of all main apps, like Gmail Go, Google Assistant Go, YouTube Go and Maps Go. It feels like the minimal version of device you can get for below $90 and it doesn’t seem to be lagging, at least at first touch.

We’ll be back with a full review, but in the meantime you can get the device here.