ASUS ZenFone 6 was unveiled on May 16th and it’s a pretty interesting device, betting it all on a revolutionary flippable camera. It’s priced starting at 499 euros and it’s got all the major goods: Snapdragon 855 CPU, dual camera, that rotates from back to front and a huge 5000 mAh battery. We unboxed the device below.

This flagship isn’t actually the first ZenFone 6, since there was another device under this name in 2014, but it was a mere Intel Atom based midranger. Now it’s one of the big dogs, with a Qualcomm Snapdragon 855 processor and 6 or 8 GB of RAM. The device has a black box with a blue silhouette of the phone drawn on it, pretty stylish if you ask me. 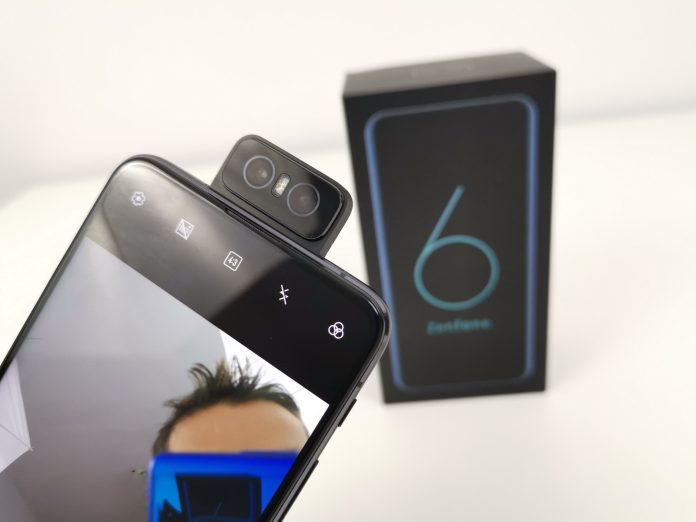 Inside the box there’s a metal key used to access slots, the USB Type-C cable and the charger that goes to 9V and 2A. There’s also a pair of headphones, which are slightly sloped and fit well in the ear. They have an in line remote, 3.5 mm connector and bundled plugs for the buds. We also have a case for the handset, with cutouts for the back camera and fingerprint scanner. It’s transparent, but not flexible.

There’s no manual with our unit, but the commercial one will probably have it. Now first impressions: the device is rather heavy at first sight, but its battery and camera are well worth it. The smartphone has a metal frame, glass at the back and glass upfront. Gorilla Glass protection is also here. There’s only two color choices here: black and silver and we have the black one. It looks a bit like a TGV with a blue inscription. 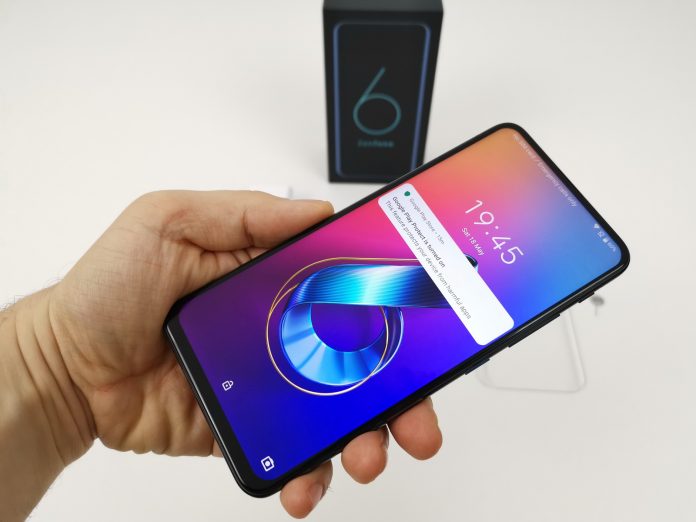 The handset measures 9.2 mm in thickness, weighs 190 grams and it draws quite a bit of fingerprints. Upfront we have a 6.4 inch IPS LCD display, with Full HD+ resolution and HDR10 support. Other specs include 64, 128 GB or 256 GB of storage, plus a microSD card slot. There’s a 5000 mAh battery, with Quick Charge 4.0, but no wireless charging. From what I’ve heard reverse wired charging is also on the table.

By the way, in my experience of taking 300 pics, 13 videos, surfing the web a bit and uploading stuff, I used up 40% of the battery in a full day. Not bad at all! On the camera front, there’s a lot to say. ASUS opted for a flippable camera, that is able to rotate at 180 degrees and go from main camera to selfie camera. 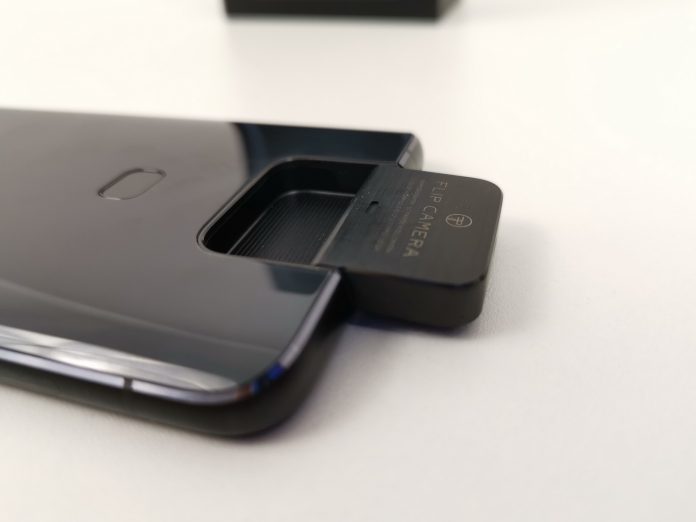 It uses Liquidmetal, 13 small cogs and a technology inspired by glasses and their flexible frame. The dual camera includes a 48 MP Sony sensor and a 13 MP Omnvision one, plus PDAF, laser focus and dual LED flash. The whole rotating thingie involves a small little motor, making it spin. The 48 MP has F/1.8 aperture and it uses pixel binning to take 12 MP shots, that are brighter and better detailed.

There’s also HDR++ capture, that amplifies contrast and catches even more light. Filming is done in 4K at 60 FPS and there’s also EIS for it. Slow Motion is done at 480 FPS and you can even use the small motor to take a Panorama without moving the device or flip it around during video capture. I’ve already taken hundreds of pics and I’m very happy with the colors, light, details and quality. 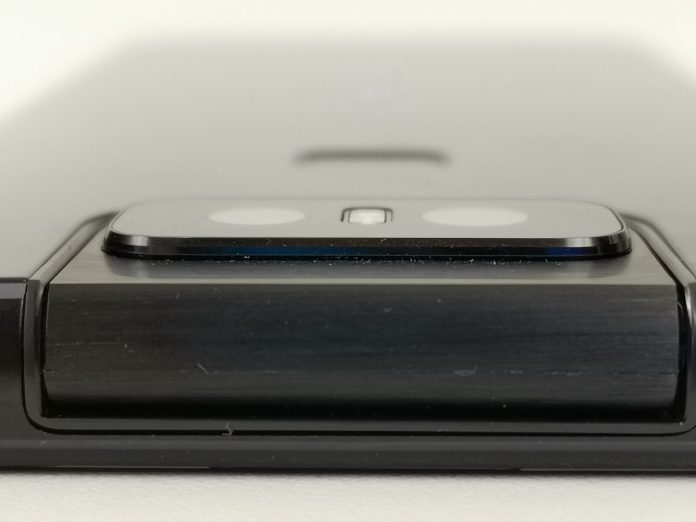 Bokeh is very solid and we also have a Super Night Mode and Motion Tracking. The 13 MP camera is a wide angle one, for excellent wide shots during vacations. By the way, you can flip the camera at any angle you want, by dragging the selfie shortcut button. At 90 degrees it’s been promoted as ideal for taking pics of shier people, like your little one for example. It also helps with stabilization.

There are also dual SIM slots here, LTE Category 18, WiFi dual band, GPS, Glonass and Galileo. ASUS ZenFone 6 runs on Android 9.0 Pie with Zen UI 6.0 and zero bloatware. It’s actually very close to the stock experience and has its own flavour of Dark Mode. We’ve already started tests and I have to say I love the stabilization when filming and walking around, plus we reached 361k points in AnTuTu, very solid and above the iPhone XS Max even.

We’ll be back with a full review soon enough, but so far this sounds like a very solid OnePlus 7 rival.