Huawei P30 Lite is a midrange smartphone that was unveiled in March and launched in April all over the world. It’s a more affordable version of the P30 and P30 Pro and adds an extra camera compared to its predecessor. Priced at $274 on Amazon, the device is the main rival for the Samsung Galaxy A50, which we also unboxed recently. Let’s see the P30 Lite unboxed and first impressions below.

First of all, we know that Huawei is in hot water right now, but we have no doubt they’ll bounce back. There are already signs about that, like the recent return of Huawei in the SD, Bluetooth and WiFi Alliance. Now back to the unboxing, the handset comes with a pair of cheap headphones, definitely cheaper than the Huawei P30 and P30 Pro Earpods clones. 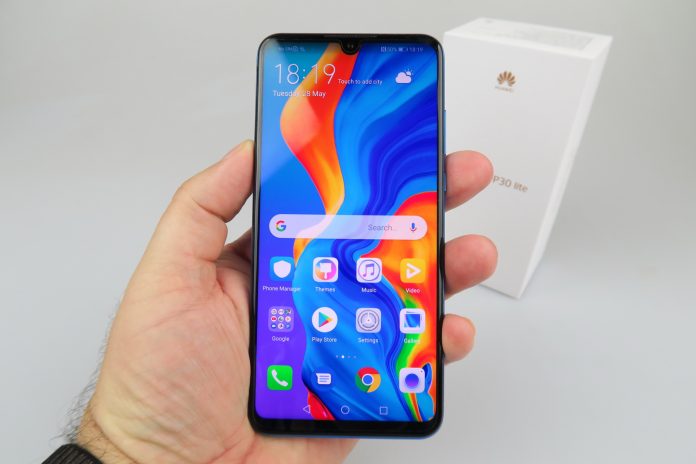 There’s also an USB Type-C cable in the package, a charger with 5V/2A charge and 9V/2A too. There’s also a manual and metal key in the box, of course. Huawei P30 Lite is available in Peacock Blue (which we have), Black or Pearl White. The Peacock Blue is lovely, as it’s blue at its core, but in a certain light it becomes green or purple. 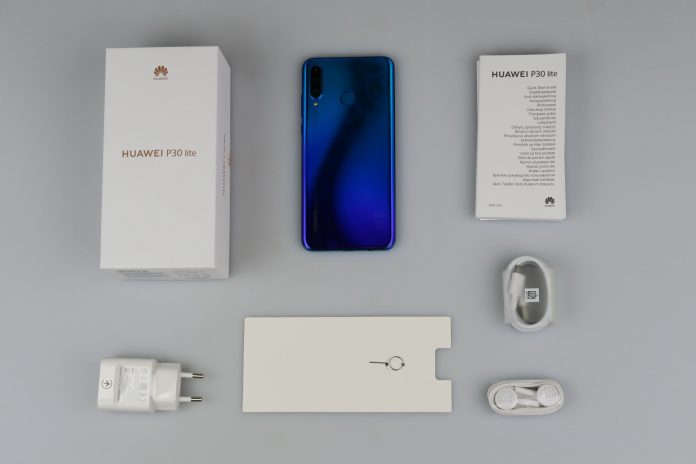 The phone is made of glass (back and front) and plastic (the frame). It measures 7.4 mm in thickness and weighs 159 grams. Huawei P30 Lite comes in a single SIM and dual SIM version, plus it brings an IPS LCD 6.15 inch display with a small teardrop notch for the selfie camera and Full HD+ resolution. Inside we find a familiar CPU, the Kirin 710, which we also saw on the Huawei Mate 20 Lite and Honor 8X. 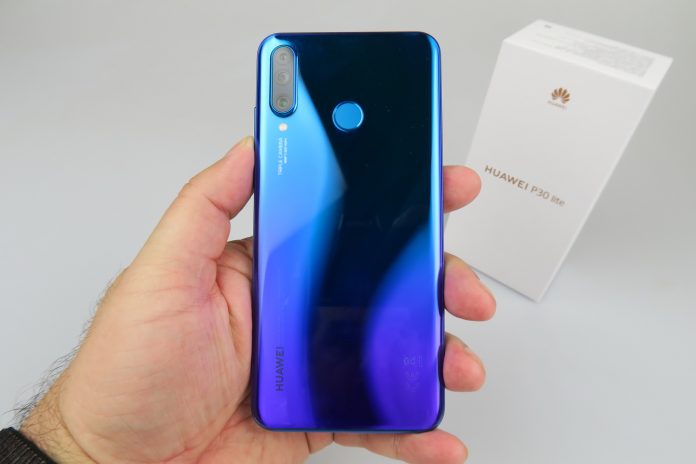 Other specs include 4 GB of RAM and 128 GB of storage and a microSD card slot, plus a 3340 mAh battery. Fast charging is on the table, at 18W and on the connectivity front, there’s WiFi dual band, GPS, Bluetooth 4.2 and NFC, as well as USB Type-C. An audio jack is still here, in case you were wondering. At the back there’s a fingerprint scanner, below the camera and to the center.

In the above mentioned notch we find the 24 MP selfie shooter (32 MP on some other phones). At the back there’s a triple camera, with a 48 megapixel main shooter, with PDAF, accompanied by an ultra wide 8 MP cam and 2 MP depth cam. An LED flash is also here and the options are quite generous: Bokeh, AI, a Night Mode, aperture, Full HD 60 FPS video capture and a few more. The Bokeh also brings some Studio Lighting features and some extra playful filters

The OS here is Android Pie with EMUI, a with the same UI we saw last year. First impressions? Pretty comfy in the hand, easy one hand use, nice zoom in pictures, solid selfies, but also not the brightest screen. You can get the phone from here.