There’s no place for risks and sacrifices anymore, OnePlus doesn’t play that game. They may have sold a handset or two at a loss, but that’s no longer the case. OnePlus is out to make bank, make an impression and make memorable products. There’s a price to pay for that, a hefty one and the OnePlus 7 Pro almost matches the price of the Huawei P30 Pro… sans US ban! They’re actually chummy with USA, between the Robert Downey Jr. partnership and the US carrier cooperation. And we just be unboxed this flagship below, for your viewing pleasure.

OnePlus 7 Pro is priced at 699 euros on OnePlus.com, which translates to $792. This is probably the last big flagship of the first half of 2019, so it’s an important one, that was in the making while others were already launched, meaning it learned a lesson or two. We also have the opportunity for you to get 10 euros of free accessories if you buy the phone from here. 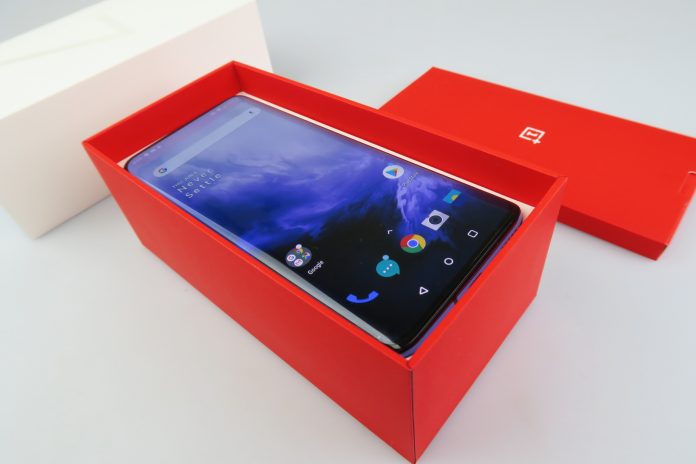 Anyway, back to the unboxing, the OnePlus 7 Pro comes inside probably the tallest box I’ve ever seen for a phone. Inside we find a letter from the leader of OnePlus, a huge charger (30W, 5V/6A), an USB Type-C cable, a flexible and transparent case, plus the manual and SIM key. There’s no headphones or adapter here. Also no audio jack on the device. 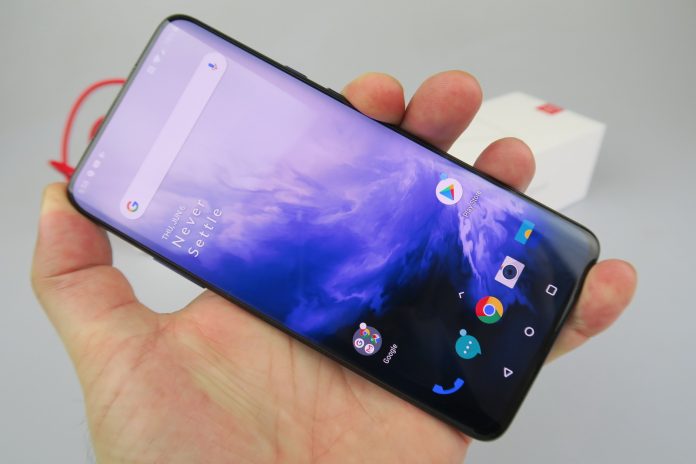 First impression? This phone is huge, truly a giant, at 6.67 inch in diagonal and it’s quite heavy, at 206 grams. It measures 8.8 mm in thickness and uses glass at the back, glass at the front, plus an aluminum frame. Somehow the weight is well distributed towards the bottom, so the device is comfy to hold when typing.

It comes in Mirror Grey, Nebula Blue and Almond. Obviously we have the Nebula Blue version, which is a bit frosted and looks pretty nice, changing colors in the light. The screen is not your mama’s variety of AMOLED, but rather a Fluid AMOLED 6.67 inch panel, with a 90 Hz refresh rate and 3120 x 1440 pixel resolution. There’s a 19.5:9 aspect here and 3D Gorilla Glass protection. This screen is incredibly imersive and even more narrow bezeled than the Galaxy S10 models, if you can believe it. 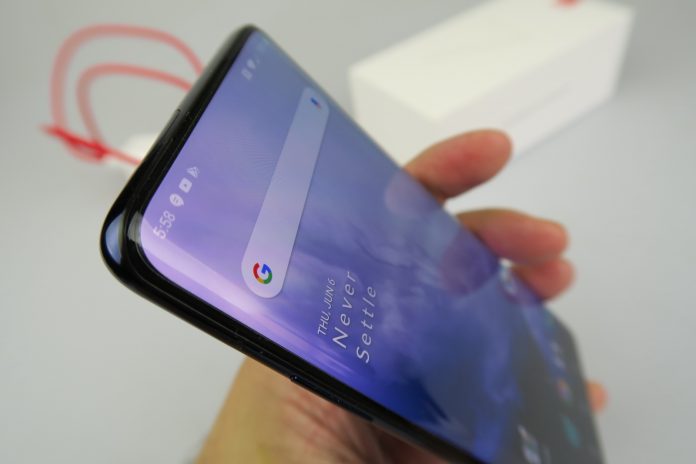 We also get an in display fingerprint scanner and support for HDR10+. Specs include 6, 8 or 12 GB RAM and 128 GB/256 GB of storage. No microSD. We have the 8 GB RAM/256 GB storage version by the way. The CPU here is a Snapdragon 855, the best of the Qualcomms right now and there’s also dual stereo speakers with Dolby Atmos and a 4000 mAh battery. I’d say all the boxes are checked, so let’s go to the cameras.

At the back side we find a triple camera with this setup:

There’s also a dual LED flash, laser autofocus, 4K 60 FPS video capture and RAW capture too. There’s also Nightscape, if you want to do low light capture. AI scene recognition is part of the package as well. The pop up selfie camera is a 16 MP shooter, that’s motorized and has been tested 300k times at least. It has EIS and autofocus and frankly it pops up a bit slower than I expected. 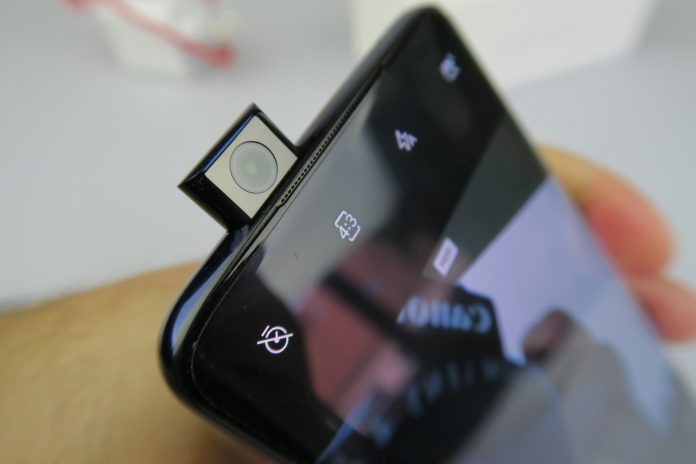 On the software front we’ve got Oxygen OS, applied on top of Android Pie and on the connectivity front there’s dual SIM, NFC, 4G, Bluetooth 5.0, WiFi dual band and USB Type-C. I should mention we got the device with OxygenOS 9.5 and now it’s at 9.5.7, with a recent major update. In the unboxing video we also demoed the fingerprint scanned embedded in the screen, which is 2 times faster than the OnePlus 6T one and I’m not even exaggerating. 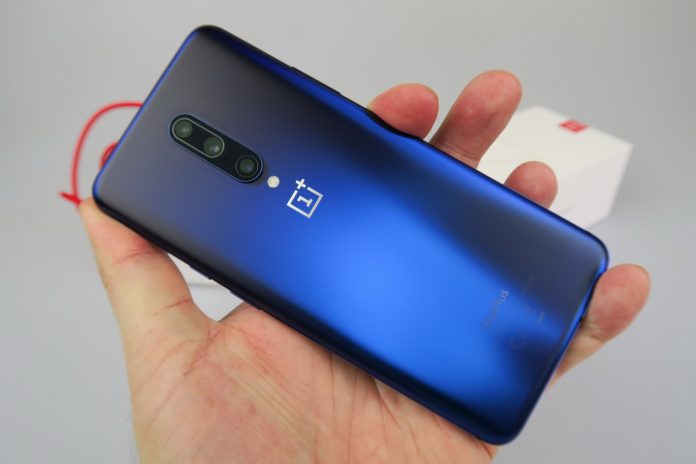 It should be on par with the Huawei P30 Pro too. Back to the software, OnePlus 7 Pro supports Android Q beta testing, there’s also a Zen Mode and native screen recording. The switching between cameras is a bit confusing, as the 3X zoom is just shown as an arrow (I was confused in the video). That’s about it, first impression wise and we’ll be back with a full review.