Motorola One Vision leaked a lot recently and it was announced today, May 15th, but lo and behold, we got to play with it early. We have first impressions and an unboxing wrapped up together, almost a full review to be honest. The product is priced at $350 and it’s basically a spiritual successor to the Moto X4, an extended version of the Moto G7 Plus and an alternative to the Xperia 10 and Galaxy A50. Let’s check it out!

First of all, this is a midrange phone and the first Moto phone with a selfie camera cutout. It runs on Android Pie, in a clean and stock version, part of the Android One program, which means you’re bound to get fast updates. The first thing you notice is the 21:9 aspect, which was first seen on the Sony Xperia phones unveiled earlier this year. It’s a cinematic format ideal for video watching. 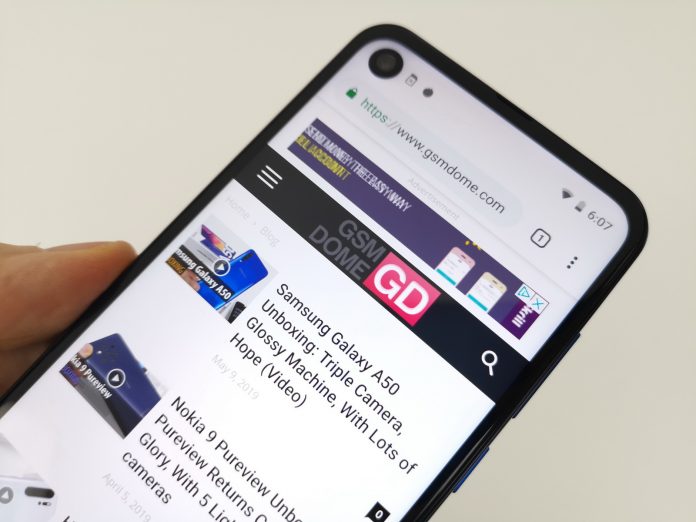 The selfie camera cutout kind of stand out, because it has pretty big bezels. As time passes you may forget it’s there, but then again maybe not… Inside the device’s box you find the user manual, metal key and a pair of Motorola headphones, their own, no BS. There’s also an USB Type-C cable here and a charger with a fast charge Turbo Power.

Motorola One Vision is available in Sapphire Gradient or Bronze Gradient and we have the blue version, which is definitely a looker. Gradients are all the rage nowadays, after being made famous by Huawei. The smartphone measures 8.7 mm in thickness and weighs 180 grams. It’s very narrow and easy to wield vertically, unless you have to reach the notification part at the top with a single finger. 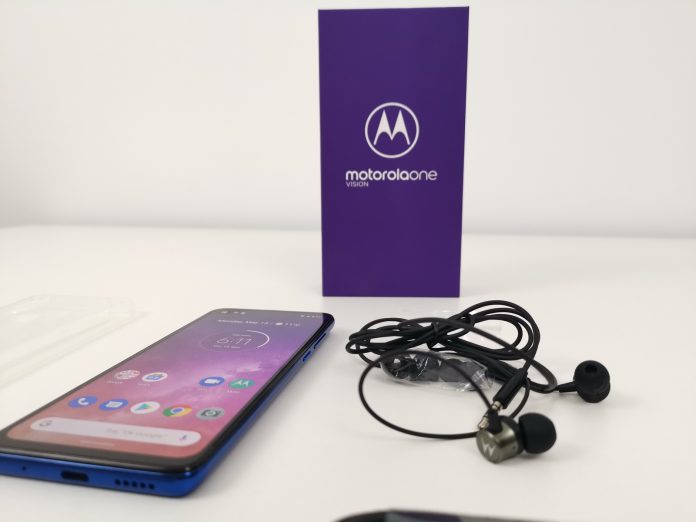 In landscape things work out better. The screen is a 6.3 incher here, a LTPS IPS LCD with a resolution of 2520 x 1080 pixels. Inside the handset we find an Exynos 9609 processor, a relative of the Exynos 9610 on the Samsung Galaxy A50. Motorola is only the third company to use an Exynos CPU, after Samsung and Meizu. This CPU is an octa core unit, at 2.2 GHz, which in benchmarks was above the Galaxy A50 Exynos 9610, at least in AnTuTu. In GeekBench 4 we couldn’t surpass it, so it should be pretty much on par.

Other specs include 4 GB of RAM, 128 GB of storage, a microSD card slot, plus a 3500 mAh battery, with 15 W Turbo Power charging. In my few days with the phone, I felt that the battery was OK, but nowhere close to the battery phone realm. I may be wrong and you’ll learn more in the review. This device runs on Android 9.0 Pie in a stock version and comes in single SIM or dual SIM versions, plus it’s IP52 water protected. 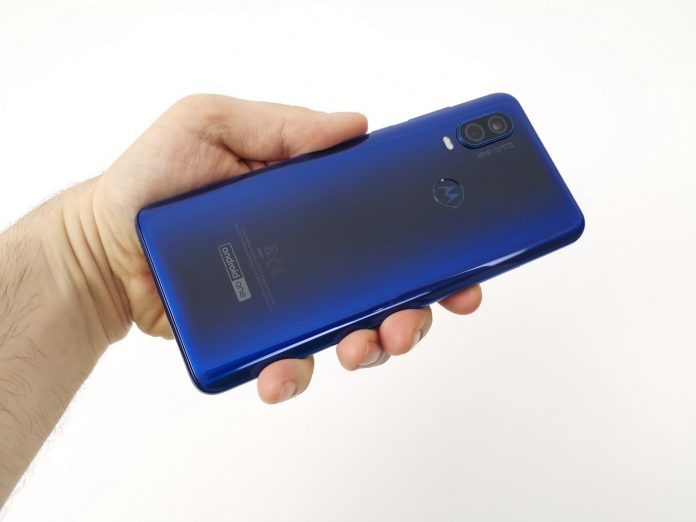 There’s a singular speaker at the bottom with Dolby Audio, while the fingerprint scanner is placed at the back. 4G LTE is obviously part of the package and the audio jack is alive and well at the top. Now it’s time to discuss the camera. At the back we find a Samsung made 48 MP sensor, with OIS, F/1.7 aperture and Quad Pixel tech. Basically it doesn’t output 48 MP shots, but rather 12 MP ones, easier to share and work with. They have 1.6 micron pixels, which are big ones and capture more light and details.

There’s also a 5 MP shooter at the back as a secondary camera, plus a dual tone flash. We also have 4K video capture and a Night Mode for low light capture. Usually such features are reserved for higher end phones, but this time it reaches the midrange area. As far as selfies go, there’s a 25 MP shooter cut right in the screen, with F/2.0 aperture and its own taste of quad pixel tech. 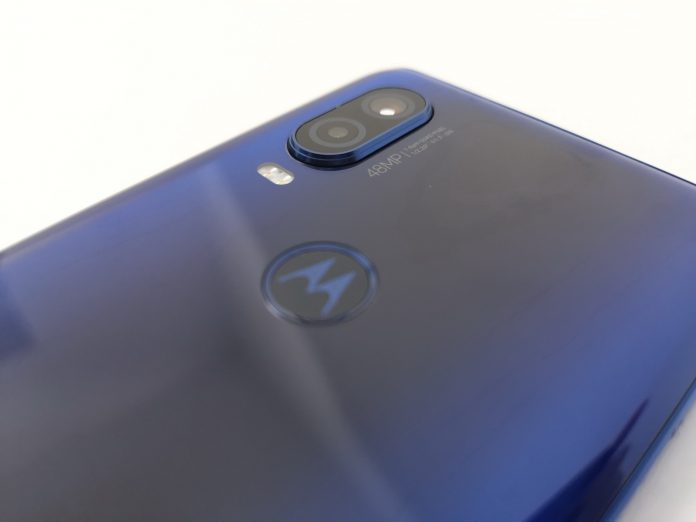 You can opt to use the full resolution or opt for the Quad Pixel thing. Motorola also provided some interesting features here, like AI features, Portrait, Color Pop and Cinemagraph. The Bokeh features have been amplified compared to the Moto G7 series. The Portrait level of blur doesn’t use a slider, but rather a set of steps. There’s also a set of Studio Light options, with black/white background, simulated sunlight and more. Not half bad results either. 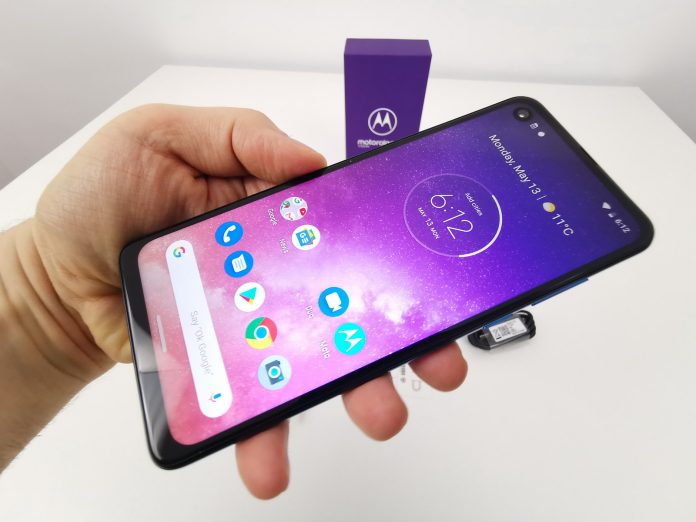 The selfies are very well detailed, Bokeh shots are quality, but the sky was a bit oversaturated. The back camera feels like the Motorola G7 Plus, only better a bit. The stabilization wasn’t impressive in the video area, but the details and clarity were pretty solid in the picture department. Everybody is going to be comparing this to the Xperia 10 and Galaxy A50. I’d say it can fight the Galaxy A50 with ease and it takes much better selfies. We’ll see in the full review if the Night Mode is any good.

Motorola One Vision feels like Moto is trying many different things on one device. The public’s reaction will decided whatever sticks for future models… Somehow I’m starting to get sold on the 21:9 format, elongated and ridiculous as it may seem at times.