ASUs ZenFone Max Pro (M1) was one of the best bang for the buck phones from ASUS over the past years. It had a great battery, solid screen, nice performance and it even undercut the ZenFone 5. Now the ASUS ZenFone Max Pro (M2) is already here and we have it unboxed below. It should be priced at around $210 and it’s primarily a sexy battery phone.

Launched internationally in December 2018, the device has a sexier back, covered with a specially treated polycarbonate, that looks like glass. It’s made to catch light in “wavy” manners. Inside the box we find a transparent and flexible case, headphones (similar to the Galaxy A ones), headphone plugs, microUSB cable and charger. 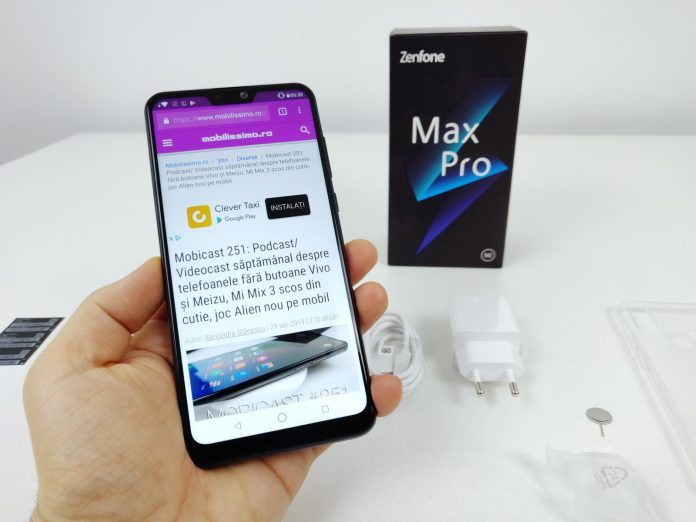 There’s also an eject pin and manual. The handset measures 8.5 mm in thickness and weighs 175 grams. The screen is a 6.3 incher with an IPS LCD panel and a Full HD+ resolution, plus 90% screen to body ratio. We also have a 2.5D glass panel upfront and support for input even with gloves on. Specs include a Snapdragon 660 CPU, 6 GB of RAM and 64 GB of storage, plus a microSD card slot. 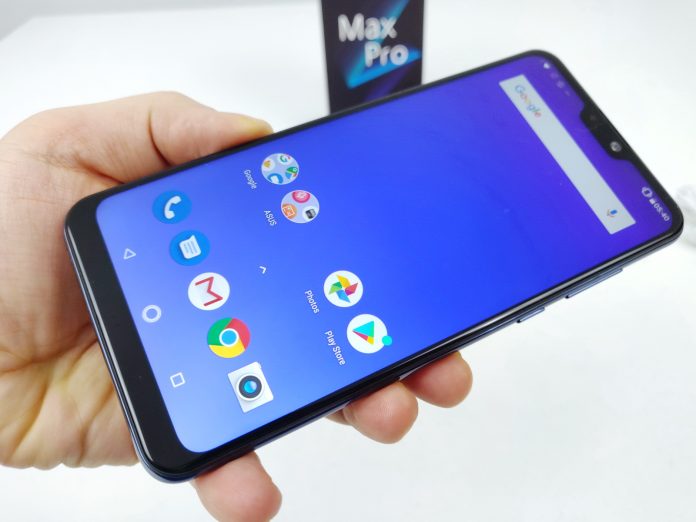 Luckily thw two SIM slots and the microSD are separated, in 3 separate slots. The selling point remains the 5000 mAh battery, which promises up to 45 hours of talk time (3G) and 19 hours of video watching or 10 hours of gaming. There are 2 microphones here, plus a 5 magnet speaker. Bluetooth 5.0 is also here, plus WiFi b/g/n, GPS, NFC and a fingerprint scanner at the back. 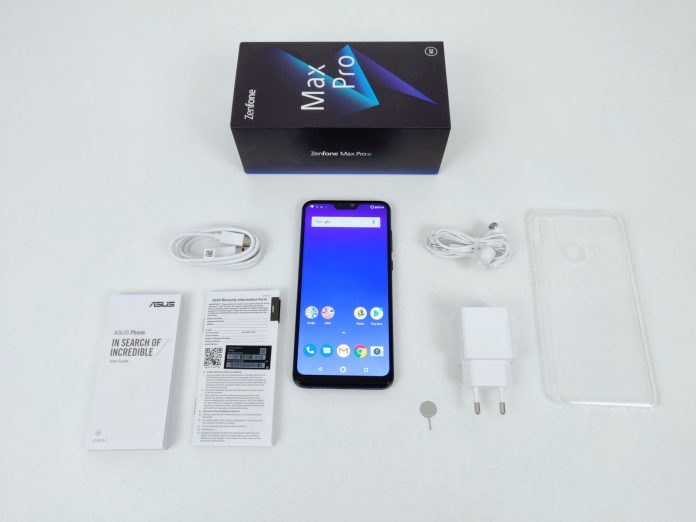 That one’s complemented by face unlock, by the way. Camera-wise, we get a dual back camera with 12 MP + 5 MP shooters and F/1.7 aperture. There’s also a 13 MP front camera in the mix. Gorilla Glass 6 also makes the cut, protecting the facade. There’s AI here and 4K video capture, plus a pretty narrow notch. Not a bad package overall and we look forward to testing it in its entirety.