AT&T’s on a roll today, announcing HTC Tilt and HTC Pure plus 4 new cellphones that come with the Opera HTML browser. Two of the new models are Samsung handsets, Flight and Mythic, while the rest are Pantech devices, the Reveal and Impact models. 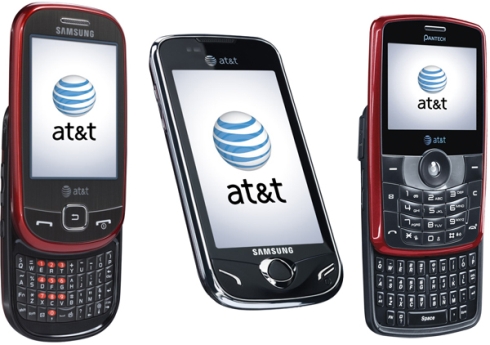 Samsung Flight is a messaging device, that packs a sliding QWERTY keyboard, a touchscreen and it’ll reach the stores in November for $99.99 with a contract, after rebate. Samsung Mythic comes with an appealing 3.3 inch touchscreen display, the TouchWiz UI and a look that might remind some of the Eternity and Solstice phones.

Mythic also features Mobile TV and should be launched in November for $199.99 on contract, after rebate. Moving on to the Pantech side of things, we discover Pantech Reveal, a slider with a numeric keypad and a QWERTY keyboard as well. This device should hit the market on October 18, but its pricing is still a mystery. We do know that it packs 3G support and GPS Navigator…

Pantech Impact is the last of the bunch and it features an OLED touchscreen display, but you should know that this is a side flip, a la LG EnV. It also sports a secondary screen and full QWERTY keyboard, plus 3G support, a music player and haptic feedback. Price and availability are nowhere to be found.