AT&T, the largest North American mobile carrier announced that it plans on buying Wayport, a Wi-Fi provider for $275 million. adding tons of new hotspots to its infrastructure. This mean that AT&T will now control no less than 20.000 domestic Wi-Fi hotspots and, as the map below shows, Wayport’s hotspots are in vital locations like hotels, McDonald’s restaurants or airports. 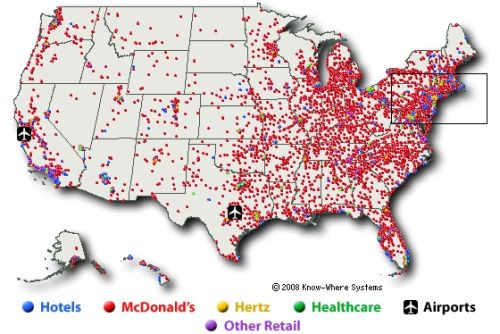 The acquisition of the company will be completed before the end of the year, allowing millions of users to access the above mentioned hotspots, with the aid of compatible devices. Could this be a move to counter Verizon’s acquisition of Alltel?