LG Escape has just been leaked again, this time courtesy of Twitter account @evleaks, that posted an image of the device and some specs. We’re dealing with an AT&T 4G LTE smartphone, that packs a 4.3 inch qHD IPS display and has a back texture that reminds me just a bit of the Nexus 7. 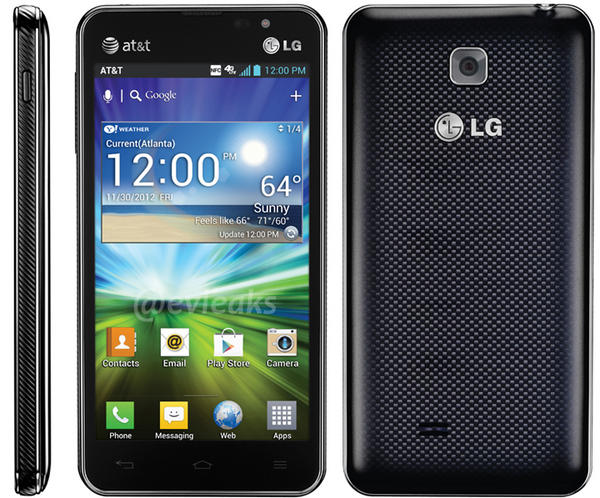 This model also comes with a 1.2 GHz dual core processor, a 5 megapixel camera at the back and a 1.3 megapixel front shooter. There’s also NFC in the mix, 4G LTE and a 2150 mAh battery. Android 4.0 ICS is the OS here and past rumors said something about 1 GB of RAM, that sounds just about right. The phone uses 3 capacitive buttons under the display, predictable for an ICS model.

Of course, this is no high end phone, like the LG Optimus G, but at least it will come at a decent price point. I say that you keep your eyes on @evleaks since they’ve been having a great track record lately, revealing real pics of the Lumia 820 and 920 ahead of the launch and now this.