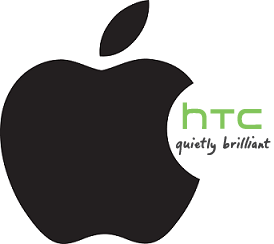 With the Apple versus Samsung case now behind us, although not entirely, it’s time to focus on another duel of the giants: HTC versus Apple. This time HTC actually has a case, since they were the first company to bring a touchscreen LTE phone to the USA and they have the patents to prove it.

While a LTE iPhone isn’t available yet, when it will come, HTC may just manage to take it off the US market. The thing is that HTC purchased the patents from ADC Telecommunications in April 2011 for $75 million and Apple used this as argument to try and dismiss HTC’s claims. They said that the patents are invalid because HTC purchased them for aggressive use in court only. Judge Thomas Pender dismissed the argument quickly, but Apple could be saved by the FRAND pricing for patents, that allows them to get the license at a fair price.

If HTC wins this, they have the right to seek an important ban in USA for the LTE iPhone and they can also ban the LTE iPad. Of course, Apple will do everything to stop this and they may remind HTC that because of them they had models like the HTC One X stuck at the customs for a while for patent breach. In other news, during the court sessions Judge Pender asked Apple lawyer Michael McKeon if there’s new iPhone coming, with a bigger screen and thinner, since he claims he didn’t know that. McKeon only claimed “that’s what the blogs are saying”, which sounds like Apple’s usual secrecy.