While earlier this week we saw a magenta version of the Nokia Lumia 900, it now appears that AT&T is ready to sell the white version of the phone, too. And that happens earlier than predicted, starting from… NOW! Back when AT&T first announced the phone, it only detailed the black and cyan versions of it, with a white option following soon after. 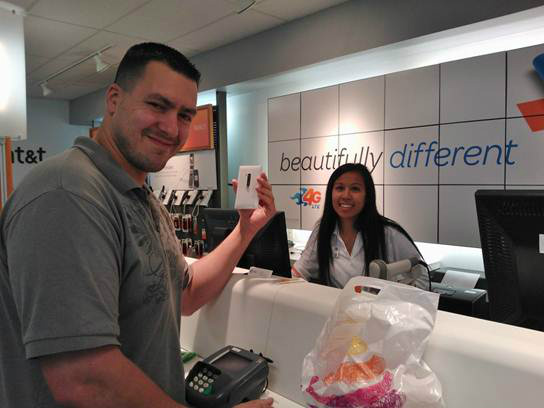 The first two arrived, but the white one was supposed to come this Sunday and some people are getting it head of scheduled, with tweets of lucky buyers showing the pics you see here. Actually, it may in fact be a publicity stunt, since the North American President Chris Weber tweeted both pics. Is it a mere teaser and are those AT&T employees? To be on the safe side, you should visit your local AT&T store tomorrow to get the white version of the largest Nokia model with Windows Phone.

It’s a 4.3 inch smartphone with WP Mango, 8MP camera, 480 x 800 resolution, front 1.3MP camera, 1.4GHz single core CPU, 16GB of storage and 512MB of RAM. It appears that white phones are trendy lately, so you might feel tempted by this model… I wonder if the $99 price tag still applies. 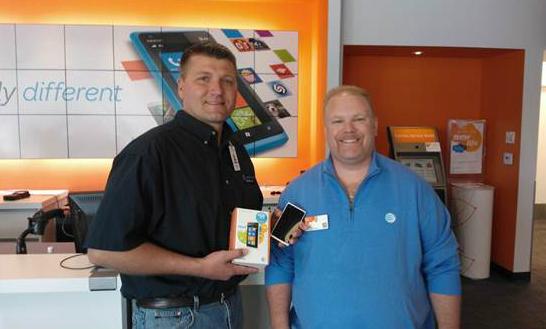