Augmented reality is the new trend in mobile technology, reaching more and more platforms as time goes by, so we were bound to also see it on Samsung smartphones. Thanks to the folks of HyongaSoft, such a piece of software reached Samsung Omnia II and it gets demoed after the break. 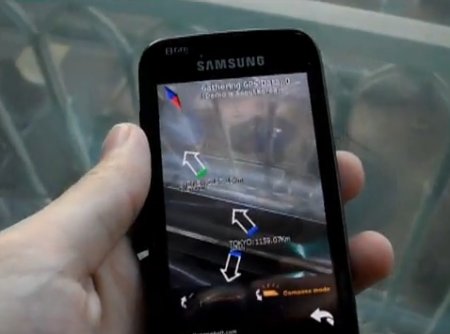 HyongaSoft are known for their music apps, but now they’ve worked to improve the digital compass app they have for Omnia II, via some Augmented Reality features. The new app is called “Ompass World Cities” and it’s able to display directions throughout different cities, plus information regarding distances to landmarks and other useful stuff.

As you can see in the video below, the software relies on Omnia II’s compass, GPS and camera. The finished Pro version will also come with a “city life” feature, displaying the hottest shopping places, movie times and theatres, subway stations and more. Beta is all we have for now, available below: