We’ve recently learned that the Apple iPhone now stands for 1.1% of all handsets sold globally in the past year, which is a quite a performance for Steve Jobs and co’s popular toy.

However, they’ll have to go a long way in order to reach the popularity of Windows Mobile devices, that were given praise at CES 2009, as Greg Sullivan mentioned the best selling WM smartphones. 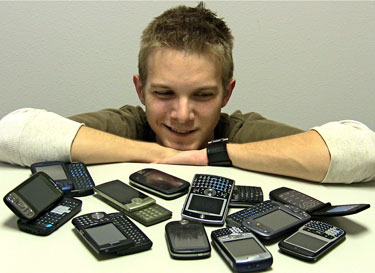 The list comprises 11 top handsets, each selling 1 million plus units and the devices are listed in no particular order:

Notice how only 4 manufacturers are duelling in the Windows Mobile segment, well, 3 in fact, since the Audiovox handset is also made by HTC. 7 of the 11 best-selling smartphones belong to HTC, 3 to Samsung and only 1 is branded Motorola. 6 of the 11 devices use Windows Mobile Pro (touchscreen), while the rest rely on Windows Mobile Standard and lack a touch display.

4 out of the 5 WM Standard phones use front facing QWERTY keyboards, which make them ideal for messaging. As a matter of fact, of the 11 listed devices, 7 incorporate QWERTY keyboards, so physical buttons are not dead yet. However, the list of touch-based devices is surely growing, now that Palm Pre and a bunch of new Android handsets get ready to join the list.

Will 2009 see the popular QWERTY phones becoming a minority?