While we’re all waiting for RIM to release its interesting touchscreen-QWERTY combo device, we’re being treated to a nifty example of great design, courtesy of Abhay Vir. He created the following BlackBerry concept, dubbed BlackBerry 9999 and sporting an interesting format. 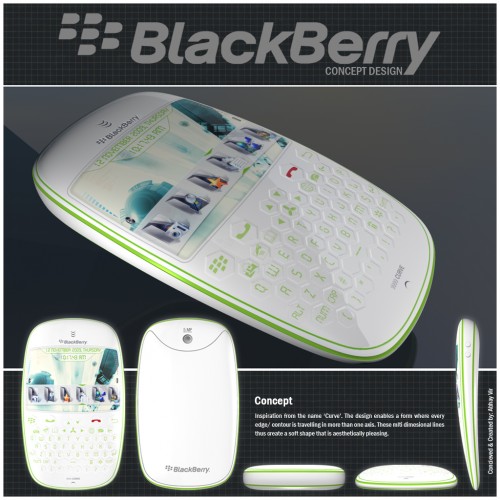 The handset features a physical keypad, a 5 megapixel camera at the back and a “soft shape”, that is very pleasing to the eye. Notice that the idea of “curve” is kept in the shape of the device, as this is a BlackBerry Curve concept after all.