BlackBerry Curve 8900, also known as BlackBerry Javelin is the follow-up to the Curve handset and now it has reached the hands of Boy Genius Report people. They’ve revealed the first impressions on the device, which is quite stunning: 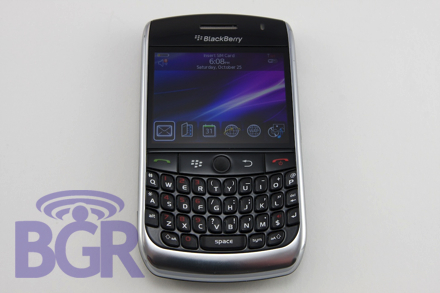 Awesome size, a very small handset we’re dealing with, good enough to fit your pocket, without sacrificing the keyboard. The BGR guys also mention that the display is flawless, smaller than the one of the Bold handset, but with better graphical quality. Passing to the keyboard, this is one of the best aspects of the device, even better than the first Curve.

Keys are nicely spaced, easy to use and you’ll get accustomed to type on it right away. Last, but not least, the hands on experience praises the fake chrome bezel which gives the Curve 8900 a more solid feel and seems to withstand rough usage better than the Bold.