After leaking a couple of new BlackBerry models online, RIM supposedly managed to let loose some BlackBerry OS 6.0 screenshots. This leak was however dismissed by the folks of BGR, claiming that they’re mockups prepared for the MWC show. Previously, BBLeaks had claimed that these images show RIM’s next gen OS. 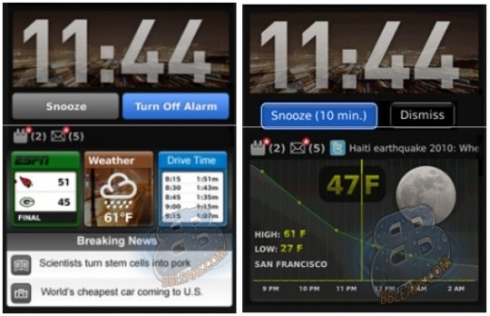 If we were to dissect these mockups, we’d have to say that they fit in perfectly with a BlackBerry Storm or Storm 2-like device, sporting a touch display. A BlackBerry slider could also do the trick, combining a large touchscreen with a QWERTY keyboard.

Homescreen widgets are pretty popular these days, so they would be a welcome addition to RIM’s platform, but, once again… these are almost fake screenshots, so don’t judge the OS yet.