Home BlackBerry BlackBerry Passport Unboxing: BlackBerry’s Back in Style With a Wide, But Comfy... 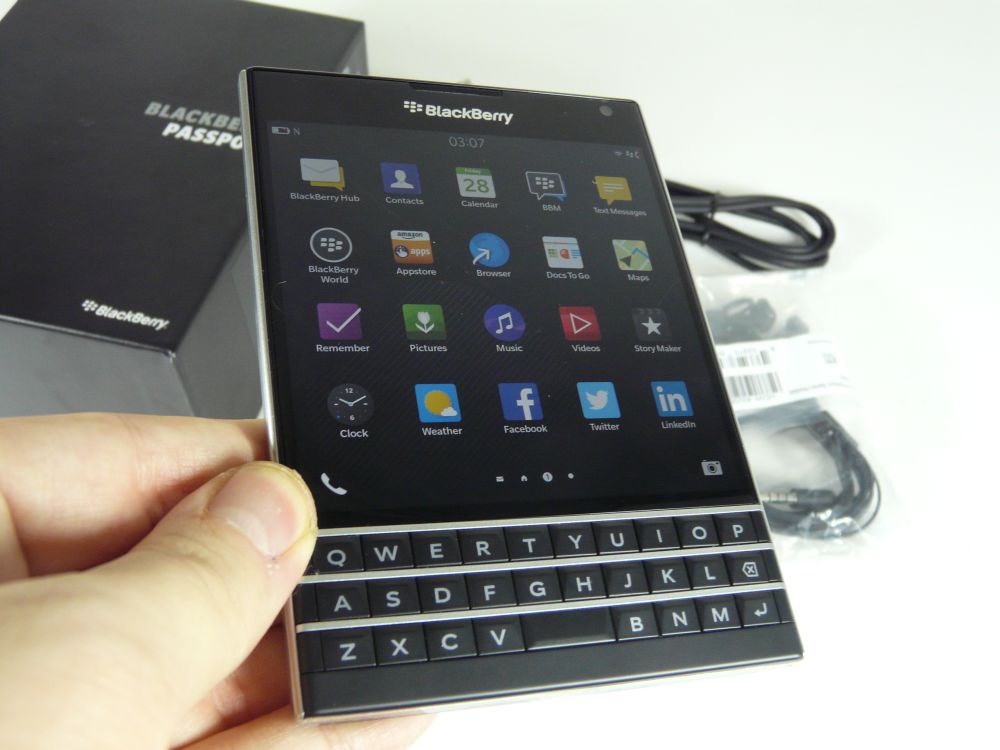 In spite of reading the press and knowing that BlackBerry has sold hundreds of thousands of units of the Passport device, I had my suspicions about the device. When I actually got to hold it, my doubts were shattered, as the new model is quite comfy. We got to unbox it here at GSMDome.com, as you can see in the video below. 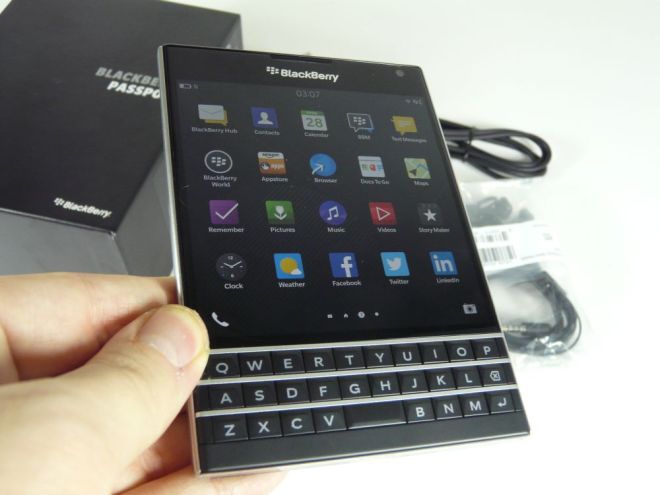 This product was announced in June, launched in September and it’s the saviour phone for BlackBerry. It’s priced at $500 during this prolonged Black Friday period, but usually it’s about $200 more. The device’s box is elegant and black and holds inside a bunch of manuals, including one that looks like an actual passport, an USB cable, charger, a pair of headphones that feel more like Bluetooth earpieces and a charger adapter. 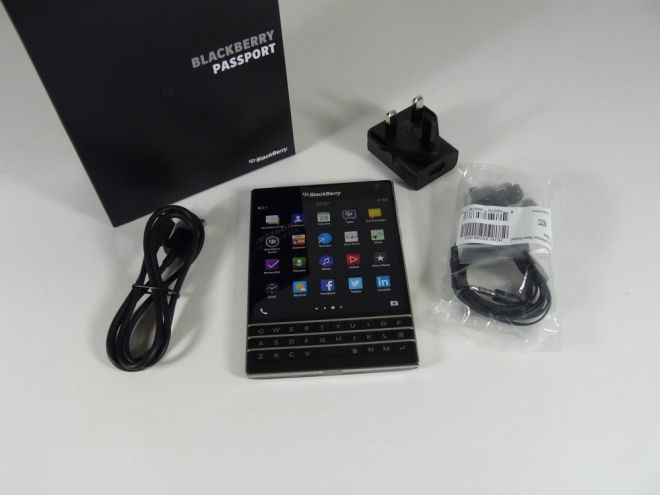 This model features a nano SIM Card slot, a 4.5 inch square display with a 1440 x 1440 pixel resolution and 32 GB of storage. BlackBerry Passport measures 9.3 mm in thickness, weighs 196 grams and it’s quite bulky, but somehow well proportioned. This model has 3 GB of RAM, a microSD card slot, LTE, 13 MP back camera with OIS and a front 2 MP shooter. Inside we find a quad core Snapdragon 801 processor, clocked at 2.26 GHz and the OS here is BB OS 10.3.

Finally, the Passport comes with stereo speakers and a Li-Ion 3450 mAh battery, plus it supports Android app sideloading. We’ll be back in a few days with a few more impressions and a full review! 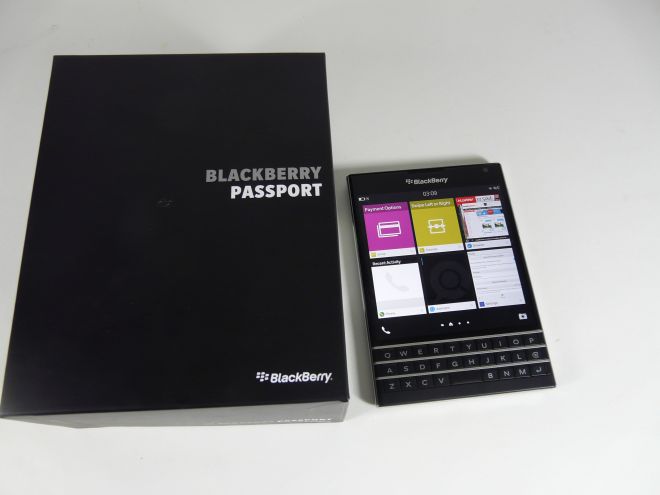