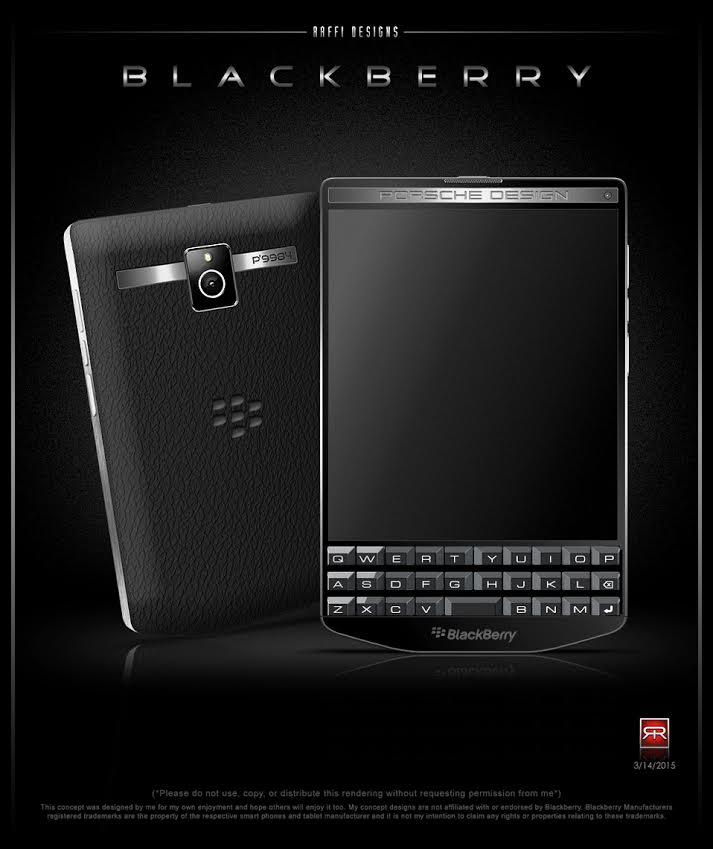 The latest BlackBerry Porsche Design release was the P’9983 model, that debuted last fall. Now the luxury phone doesn’t have a real successor, but it gets a concept phone instead, thanks to designer Raffi G. 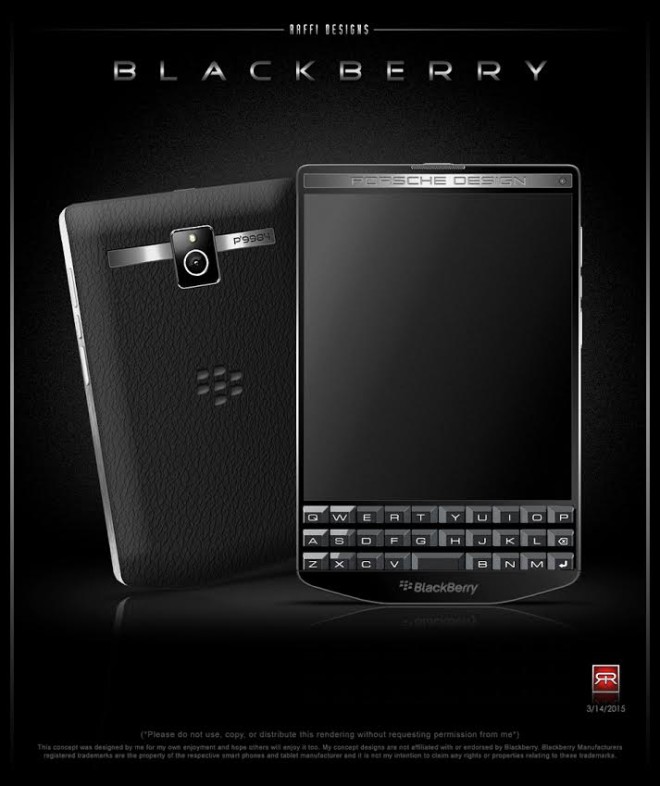 He imagined the BlackBerry Porsche Design P’9984 as borrowing some design cues from both the predecessor and BlackBerry Passport. The device is wider than the P’9983 and it features a leather-like texture at the back, while upfront we spotted a small screen bezel and a QWERTY keyboard, that feels a bit cramped. The back camera is no longer in the corner, like on the predecessor, but it’s centered like on the Passport.

Notice the big metal plaque with the Porsche Design symbols engraved above the screen and the slightly rounded lower part of the handset. I expect a bigger screen on board compared to the 3.1 incher of the previous unit. Maybe a 3.5 or 3.7 inch screen could be included here. I also expect the latest BlackBerry 10 OS version on board. 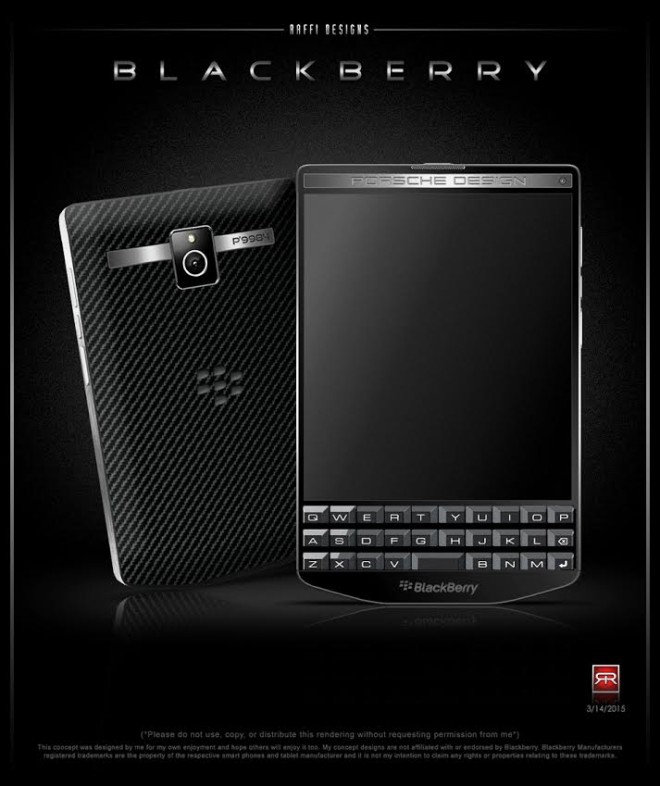 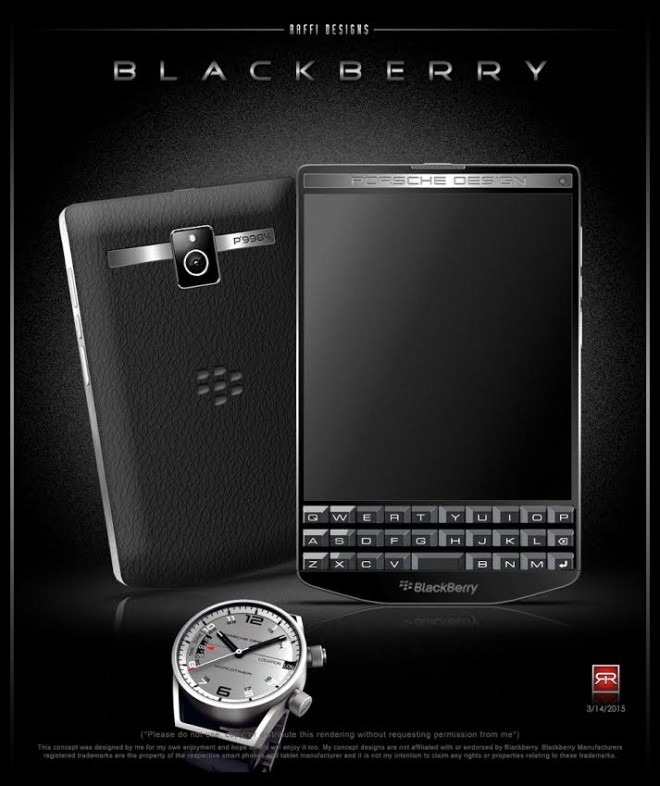