Once again unofficially and lacking confirmation, a new BlackBerry handset was caught on camera, so you can see it below. This is the BlackBerry Storm 3, also known as the Monaco. It’s not yet known if the device will be named Storm 3 after all, but what we do know for sure is that this is a touchscreen BlackBerry with a promising form factor. 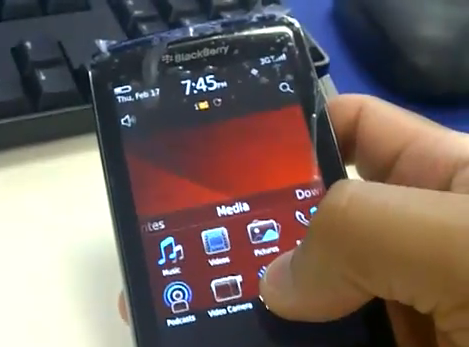 The device in the video should be running BlackBerry 6.1 and it should fit the following list of specifications:

Also on the device you’ll find BlackBerry navigation keys and an optical navigation module, for easier navigation. There’s also BlackBerry Evolution 6, Open GL ES 2.0 support and APIs for augmented reality apps. With the BlackBerry World event scheduled for May, this is pretty much a solid product to launch then!