Due to a recent video surfacing in Thailand we’ve had the opportunity to check out what’s named BlackBerry Storm 3 in the video, but could in fact be the BB Touch 9860 or the Monza/Monaco handset. The identity of the smartphone is unknown, but what’s really intriguing is the OS it’s running. Could this be a flavor of QNX for mobile? 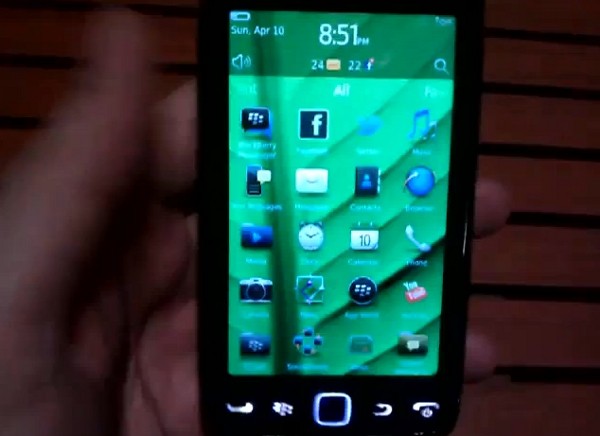 This could still be BlackBerry OS, in some new version (7.0?), but it’s still impressive and fluid. As far as this device is concerned, we’ve heard talk of a 1.2GHz dual core CPU being inside, together with 768MB RAM and a big touchscreen display. A 5MP camera is also at the back, apparently and we wouldn’t be surprised if this unit hit Sprint, complete with 4G support.

More action in the vids below: