Sad, but true. BlackBerry Storm faces dissatisfaction from many users on account of a pretty big list. 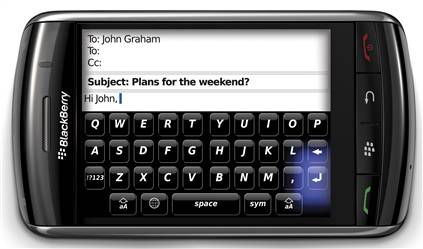 Among the most often mentioned issues met with the device, the Strom seems to have some bugs when it comes to its virtual keypad. Aside that, many users consider it to be unfriendly, according to posts seen on forums.

RIM has not commented until now on the complaints received for their BlackBerry Storm phone. The phone costs USD 200 on a 2 year contract with Verizon Wireless and after a USD 50 mail-in rebate.