We’ve been seeing pictures of BlackBerry Tour 9630, also known as Niagara since March, but we’ve had no info on its specs till now. However, the folks of MobileSyrup have managed to get hold of the full spec sheet of the device. 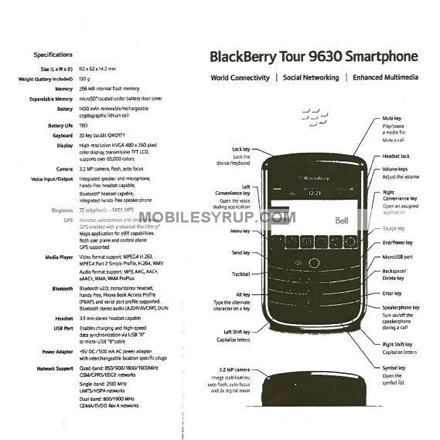