It seems that RIM is working on a Bluetooth headset codenamed Alpha 1, or so claims Antoine Boucher, the company’s VP of Accessories, but the more important aspect of this device is that it’ll be bundled with a watch accessory. Should we expect to see a BlackBerry watch soon? 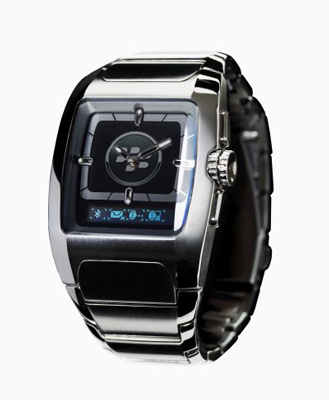 The device mentioned above will be able to show e-mail, BlackBerry Messenger, Facebook and text alerts, plus it’ll push music from your handset to your car stereo via FM transmission. What’s surprising is that the product was the subject of talks 4 months ago, during a big BlackBerry conference, so we might even expect to see a prototype in the coming months.

Surely, we’d like RIM to develop a watch phone, but an accessory device like the LG Prada Link would also be cool, since we’re fans of miniaturisation, but not to the extreme.