Before you get too excited over this inPulse watch, know that it’s not a BlackBerry watch per se, but rather a BlackBerry-compatible device, still a decent piece of machinery. We’ve yet to see a genuine watch made by RIM, with all the cool business features we want on board. 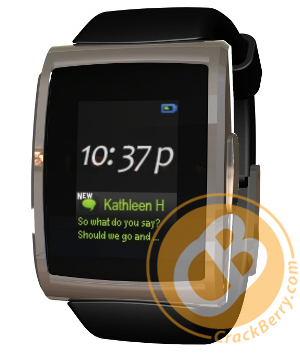 We can call the inPulse a Bluetooth BlackBerry Watch accessory and if you’re wondering about the looks, don’t put too much faith in the pictures attached to this article, since they’re mere renders. The device was created specifically to work with BlackBerry smartphones, by a company that makes BB accessories and we learned that the watch comes with an OLED display, providing a crisp image and better battery life.

The purpose of this device is to show notifications and previews of messages coming from the handset, an useful feature, specially if you’re in an important meeting and it would be impolite to reach for your smartphone and have a look. 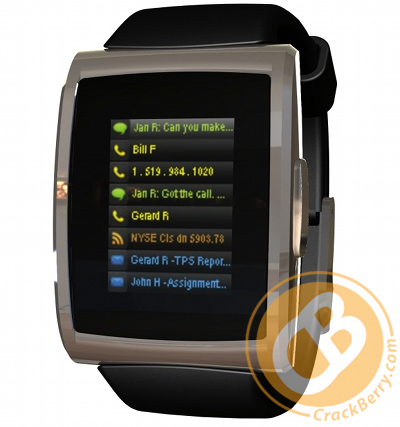