The BlackBerry Z3 has been announced about a month ago, but it has yet to reach the shops. It also wasn’t very much photographed since its debut, at least not in hands on form. This is why it makes the news today, because it’s been pictured in a fresh photo. 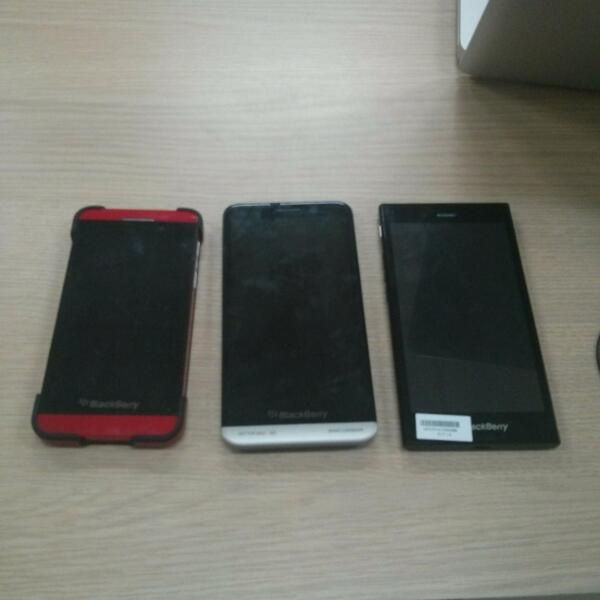 This model is expected to come to stores this month and for now we see it pictured next to the BlackBerry Z10 and the Z30. You should know that the BlackBerry Z3 comes with a 5 inch qHD display, a 1.2 GHz dual core Snapdragon 400 processor and 1.5 GB of RAM. The storage is 8 GB and we have no info if there’s a microSD card slot here or not.

At the back there’s a 5 megapixel shooter, while upfront there’s a 1.1 MP camera. This model also has FM radio and it’s meant to cost $200 off contract on markets like Indonesia, where BlackBerries are still popular. The other two are already well known BlackBerry units, the Z10 being the first major BB 10 OS release and the Z30 being a bigger Z10.