Blu Products has just announced a new 4.3 inch smartphone with a WVGA Super AMOLED Plus screen and dual SIM capabilities. The screen is most likely the same one we’ve seen on the Galaxy S II, so it should be pretty good. The handset is priced at $249.99, but you must ask yourself: do I want this phone or a Nexus 7 16GB, since they’ve got the same price. 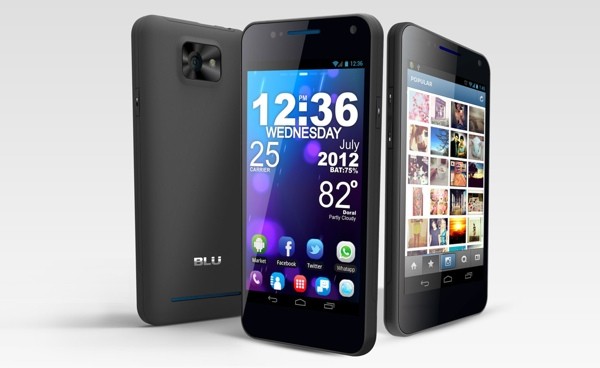 Vivo 4.3 runs Android 4.0 on a 1 GHz dual core ticker and packs an 8 megapixel camera, 4 GB of storage and a microSD card slot. The handset is available for the said price in USA starting September and Blu Products intends to launch the device in Asia And Latin America as well. The CPU inside is the of the Cortex A9 kind and this model is promoted as “the world’s first dual SIM smartphone with Super AMOLED Plus”.

The Vivo 4.3 doesn’t feature physical hardware buttons on the front, in order to ensure an elegant and seamless design. It has 3G HSPA connectivity, does HD video recording and allows both its SIMs to be active and receive calls at the same time. Blu Products is a company founded in 2009, that managed to sell over 4 million devices in over 40 countries.