It appears that during this war between Qualcomm and Nvidia and… Intel, there are several names you should look into when thinking about mobile device CPUs. One of them is MediaTek, that is now expected to debut a slew of new processors over the following months. They also have a quad core chip in the making and it will be ready in the first quarter of 2013, according to rumors. 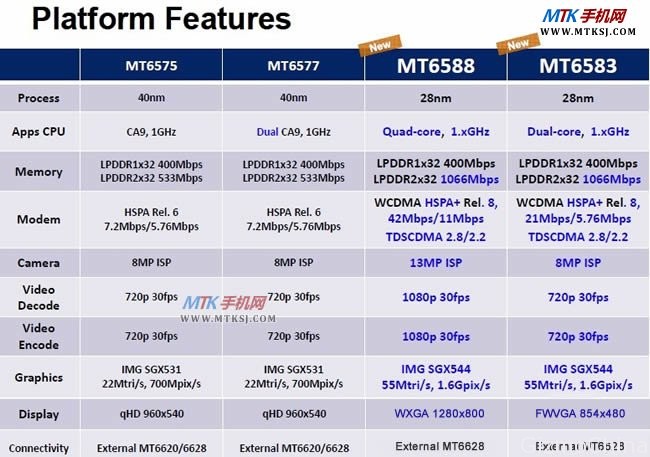 Chinese language publication Liberty Times confirms that and says that the new chip is the MediaTek MT6588, that will feature a quad core 1.5 GHz or 1.7 GHz Cortex A7 CPU, with support for WCDMA and TD-SCDMA technologies. The MT6588 supports a 13 megapixel camera, 1080p video playback and a resolution of 1280 x 800 pixels for the display. The chip is built on the 28nm process, so it’s as modern as it gets. MediaTek is also preparing a 28nm dual core solution, the MT6583.

This one will be launched in the same quarter and run at 1.5 GHz or 1. GHz. It will offer support for a resolution of 854 x 480 pixels and targets a cheaper segment of the market. Does this mean that in 2013 we’ll see cheap quad core phones? Maybe!