Nokia intends to announce new Windows Phone 8 device pertaining to the Lumia series during the Nokia World event, that takes place early next month. The aim here is to unveil the new Lumia phones ahead of the September 12th rumored debut of the new iPhone. Also, the new Lumias are supposed to go on sale before the year end holiday season. 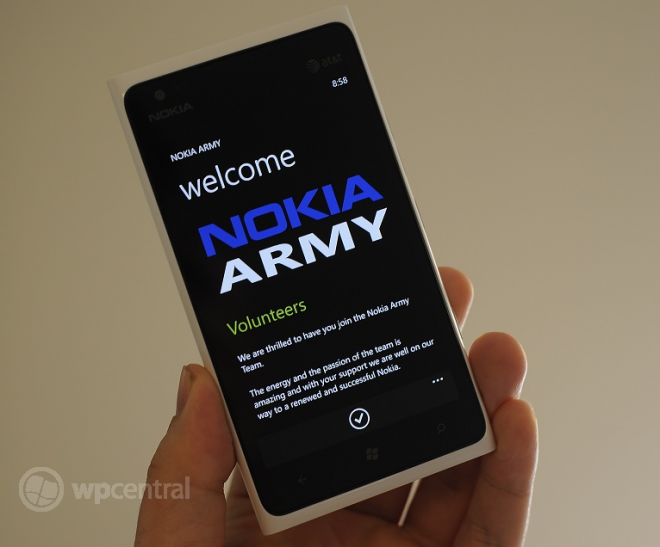 The thing is that right now Nokia’s Lumia devices don’t have enough presence in stores, or so it appears in a recent piece on Bloomberg. They quote a former Nokia customer who has a hard time finding new WP devices in stores, since AT&T and other carriers and retailers promote the iPhone and Android devices much more. In order to become cool again, Nokia needs a huge promotion, but they’re already getting that, since we’ve written multiple times about the hundreds of millions of dollars in marketing expenses for the Lumia series, coming from AT&T, Nokia and Microsoft.

In order to increase the sales of Nokia Windows Phone units, Nokia gathered hundreds of volunteers from its group of US employees and placed them alongside salesmen at carriers. This group is dubbed the Nokia Army and they’re meant to educate consumers and staff about the potential of Lumia devices and how they can be alternatives to Android and iOS. Nokia sees the US as a market needed to win the entire global market on your side. Will the new Lumias be able to increase the 2% of smartphone purchases that Nokia stands for in USA right now?