The folks of sammobile.com have a big inside scoop on the upcoming updates to Android 4.1 Jelly Bean, coming for the likes of Samsung Galaxy S III, S II, Note and Note II. The Galaxy S II is the controversial one of the bunch, since it was rumored not to get this update, strange as that may seem. 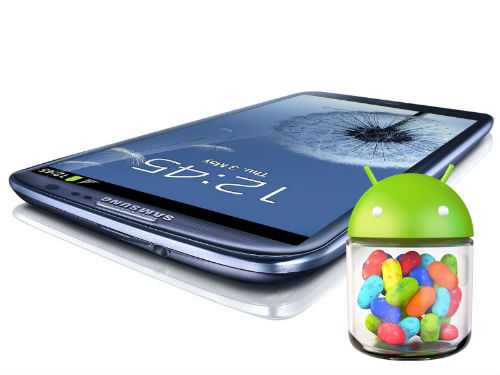 As far as Samsung Galaxy S III goes, the test firmwares for it are passed and now Samsung is working on a public version of the first Jelly Bean updates for the Galaxy S III. The only reason to wait is for the public version to come and the agreement from Google. Galaxy S II is in testing phase for Android 4.1 and the first tests are looking OK. Seeing that this model sold and still sells very well, there’s all the reason to do the update. In case Samsung decides to skip a Jelly Bean update, you should expect a Value Pack here.

The Galaxy Note goes through the same thing as the Galaxy S II, with the tests being fine, but no official word coming out of Samsung. The Note II is expected to be shown at IFA 2012, its test software based on Android 4.0 and insiders not sure if Sammy will launch the new note with Android 4.0 or 4.1… In case it does launch with Ice Cream Sandwich, updates should come in a couple of months. Rumored time frames are end Q3/being Q4 for Galaxy S III and Q4 for Galaxy Note, S II and Note II. Tablets are still a mystery and this is all suppositions and analysis right now.