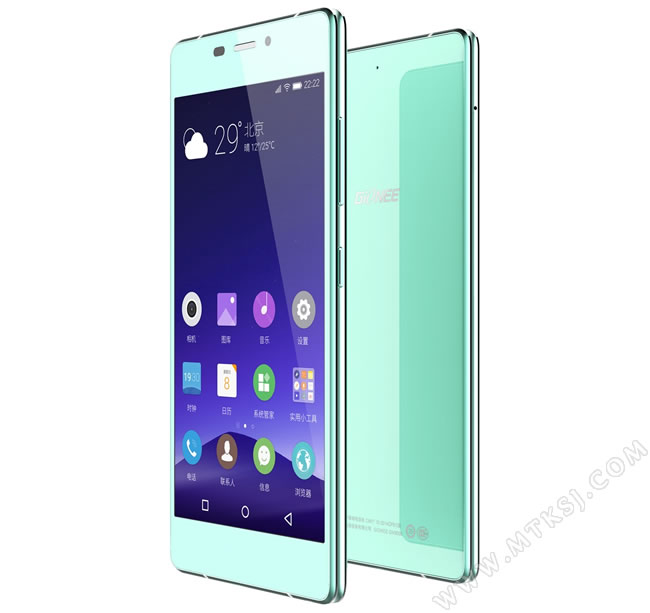 We’re compelled to feel less impressed about the Gionee Elife S7 compared to what we thought about it when it debuted at MWC 2015. That’s because Gionee is working on the higher end unit Elife E8. In the meantime, the S7 gets a breath of fresh air, being also released in a blue version in China.

The Elife S7 midranger is has been available in China for a while now and it came to India as well, but not in blue. A few colors were available for this phone at debut time, but the his hue is totally new and it’s dubbed “Maldives Blue”. The price tag of the phone in this version is $403, that gets you a 5.2 inch Full HD screen with an AMOLED panel and Gorilla Glass 3, as well as a chassis with a glass back panel.