It’s probably the first time we stumbled upon a rugged Android phone and we learn that the device is made by SDG and dubbed the Bluebird Pidion BIP-600. This is basically a handheld computer, that replaces the Windows Mobile 6.1 platform of its predecessor with Android 1.5 and packs some pretty heavy specs. 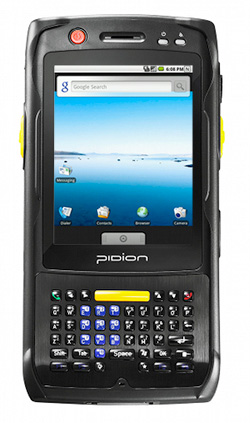 The device sports a Marvell PXA320 CPU @ 806 MHz, it supports GSM/HSPA connectivity and packs a 3 megapixel camera, a barcode scanner, a 3.5 inch VGA display and a full QWERTY keyboard.

This military-spec handset will probably get the Android 2.1 update as soon as possible and it would be a great gift for any member of the family, specially those less attentive about their phones.